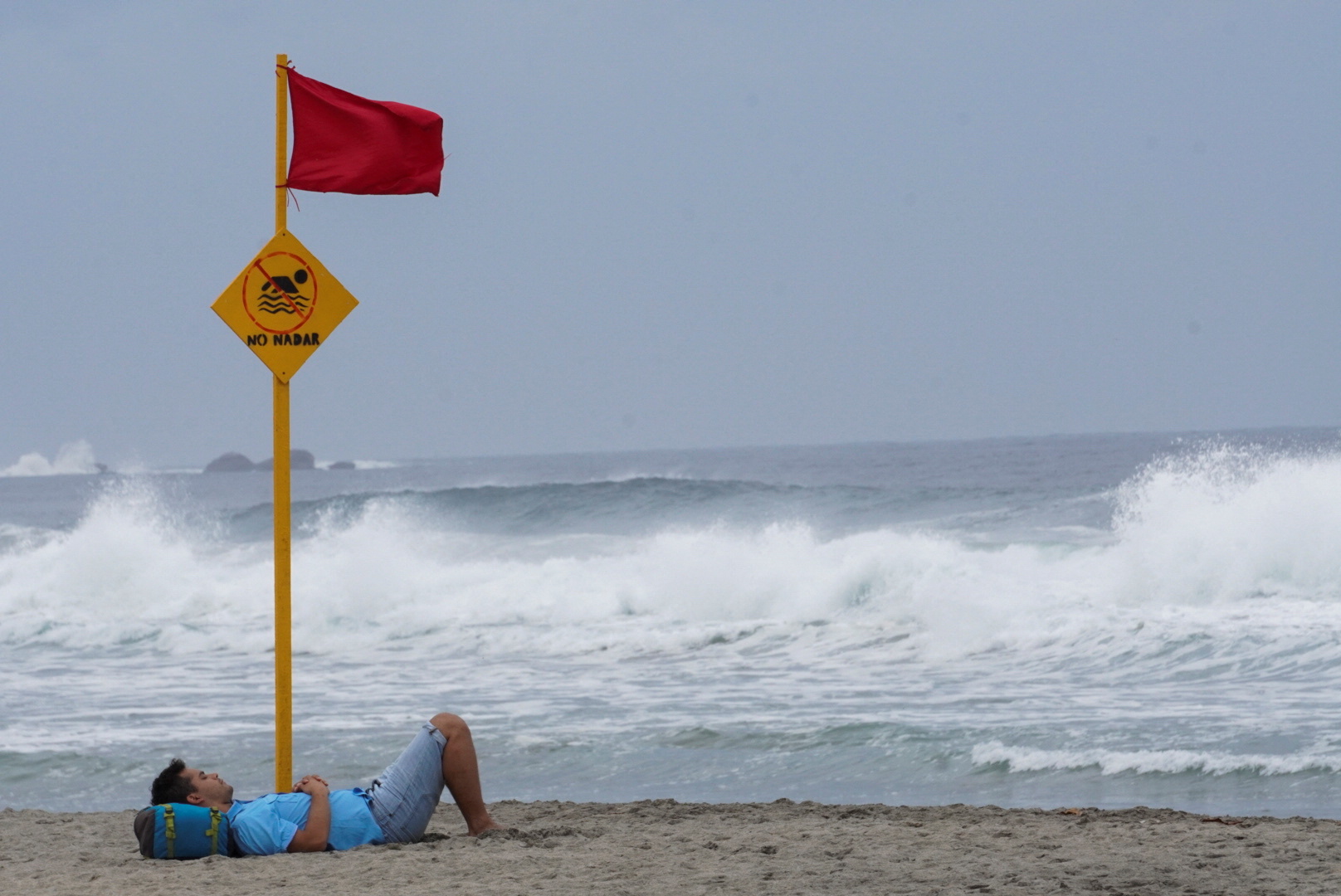 A Mon a beach as Hurricane Agatha barrels toward the southern coast of Mexico, in Puerto Escondido in Oaxaca state, Mexico, May 29, 2022. REUTERS/Jose de Jesus Cortes

PUERTO ESCONDIDO, May 29 (Reuters) – The first hurricane of the eastern Pacific season strengthened on Sunday as it spiraled toward the southern coast of Mexico, with maximum sustained winds of 110 mph (177 km/h) that are expected to worsen before the storm makes landfall on Monday.

“Additional strengthening is expected during the next 12 to 24 hours and Agatha is forecast to become a major hurricane when it reaches the coast of southern Mexico on Monday,” the National Hurricane Center (NHC) in Florida said.

As of 4 p.m. Sunday (Mexico City time), Hurricane Agatha was located about 185 miles south west of Puerto Angel, according to the NHC.

Hurricane warnings have been declared for parts of the coast of Oaxaca, stretching from Salina Cruz to Lagunas de Chacahua, according to the NHC.

In Oaxaca, authorities have set up 200 shelters along the coastal region with the capacity to shelter 26,000 people, according to the local Civil Protection.

Some 5,000 tourists are expected to be in the impact zone, which is home to popular beach destinations.

The storm is expected to bring heavy rainfall to the southern states of Oaxaca, Chiapas, and Guerrero, the NHC said, which could spark “life-threatening flash flooding and mudslides.”