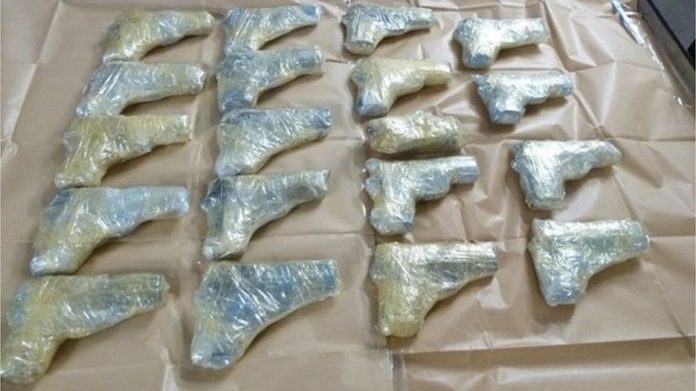 Five Jamaican men are in custody after a firearm and several rounds of ammunition were seized on Monday after a motor vehicle was stopped at a vehicular checkpoint.

Their identities are being withheld as investigations are ongoing.

The incident occurred at the intersection of Spanish Town and West Roads in Kingston 12.

According to police reports, the vehicle with the men was stopped at about 2:35 a.m., and the men were ordered to exit the vehicle.

The police said a Glock nine-millimetre pistol with a magazine containing six 9mm cartridges fell from the car while the men were exiting the vehicle.

The men were subsequently taken into custody.