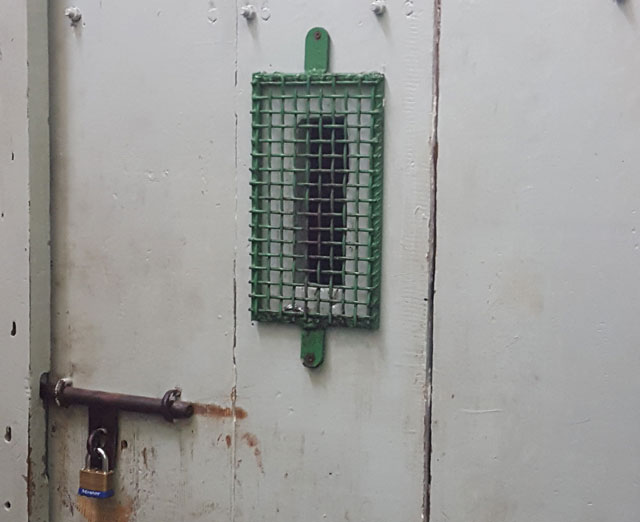 Basseterre, St. Kitts, May 15, 2017 (RSCNPF): Investigators from the Criminal Investigations Department (CID) have arrested and charged five persons in relation to a Building Breaking and Larceny at the facilities of Island Purified Water at corner of West Bourne Ghaut and Fort Thomas Road.

The five were arrested and charged on Saturday (May 13).

The incident was reported on Tuesday morning (May 09).

Investigations revealed that sometime during the overnight hours, the accused entered the building and stole a number of items including one (1) Microwave, one (1) 32” Samsung Television, a vault, and two Pixi Alcatel one touch phones. Two hundred, twenty five dollars($225.00 EC)  in cash was also taken.

Head of the Crime Directorate, Assistant Commissioner of Police Mr. Andre Mitchell said, “I want to commend the members of the public for providing useful information and also to commend Lead Investigator Detriot Henry and his team. He used his experience, sorted the evidence gathered and followed all leads.  Today we were able to bring charges to five persons.”

ACP Mitchell added, “The Police will continue to pursue relentlessly those persons, not only who  are bent on creating injury and hurt, but also those who make a living out of depriving others of property. We are making progress in the investigation of these breaking offences. This arrest is the first step in bringing these five to justice and a sense of calm back to the business owner.”

ACP Mitchell stressed that the Police needs the continued partnership with the public and said, “We urge the general public to continue to pass on information relating to suspicious conduct and activities by using 911, anonymous sources such as Crime Reporter and  Crime Stoppers at 1-800-8477, or by calling your local Police Station. “