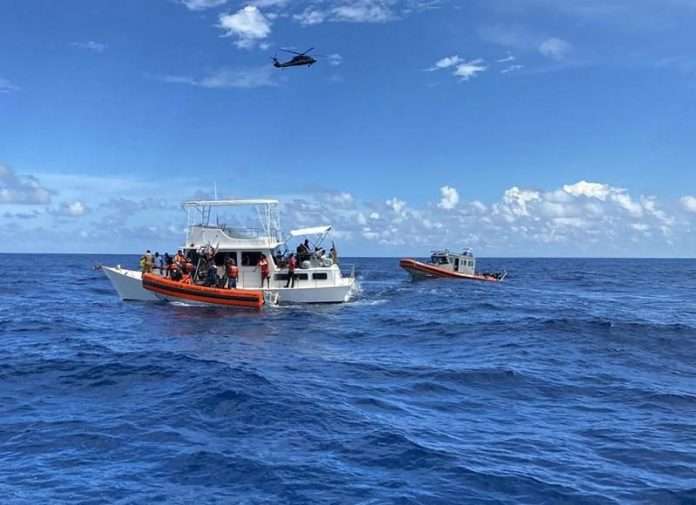 Almost 100 migrants, mostly Haitians, who were rescued from an overcrowded boat off the Florida coast had no food or water for two days, according to the U.S. Coast Guard.

A coast guard helicopter spotted the migrants, 96 Haitians, as well as a passenger each from Uganda and The Bahamas, about 20 miles east of Boca Raton, Florida, last week. They were transferred to Bahamian authorities on Sunday.

The passengers told coast guard crew members they had been at sea for a week and lacked food and water during the last two days. The 40-foot cabin cruiser was overloaded with 53 men, 35 women and 10 children, the coast guard said in a statement.

No one was injured.

“Smugglers do not care whether you live or die,” said Capt. Robert Kinsey of the Coast Guard’s District Seven, citing the lack of sustenance and the overloaded migrant vessel. “These people are lucky to be alive.”