Problems resulting from stroke may include:

Folic acid supplementation reduced the risk of a stroke by 18% to 25%, but the possible benefit for other cardiovascular conditions was not clarified.

The reduction in the risk of a stroke emerged from a meta-analysis of eight randomized trials that looked at folic acid supplementation.

The eight trials included patients with pre-existing conditions: one trial with a history of stroke, and the remaining seven with coronary heart disease, end-stage renal disease, or esophageal dysplasia.

The stroke risk was 25% lower in seven of the eight trials that included individuals with no history of stroke.

In stratified analyses of the trials, which included 16,841 men and women, the benefit for primary prevention was greater in trials where treatment lasted three years or longer, the investigators said.

Of the trials, three were done in the U.S. and Canada, three in European countries, one in Australia and New Zealand, and one in China.

Additional evidence for a causal relationship between folic acid and stroke risk, the researchers said, came from the observations in countries where grain was not fortified. There, folic acid significantly reduced the risk of stroke, whereas, not surprisingly, supplementation had little effect in grain-fortified countries.

In the corresponding comparison groups, the estimated relative risks were attenuated and insignificant, the researchers said.

Evidence for the efficacy of folic acid supplementation in primary versus secondary prevention of stroke has not been conclusive, the researchers wrote. This analysis found that folic acid effectively reduced the risk of stroke in primary prevention. In the one trial in which participants had a history of stroke, the relative risk was close to 1.0.

Additional evidence for a causal relationship between folic acid and stroke risk, the researchers said, came from the observation that in countries where grain was not fortified. Folic acid significantly reduced the risk of stroke, whereas, not surprisingly, supplementation had little effect in grain-fortified countries.

Although there is evidence that folic acid supplementation can reduce the risk of stroke, there is continued debate about whether it can improve outcomes for other cardiovascular endpoints.

Various studies have found conflicting results, while some epidemiological studies support the notion that risk factors and strength of associations differ between stroke and cardiovascular disease.

Although the reasons for the differences are not completely understood, they could be due, in part, to the fact that stroke is more likely to be associated with small-blood-vessel pathology, whereas cardiovascular disease tends to involve larger blood vessels, the researchers speculated.

A better understanding of the reasons for these inconsistent findings across studies is important for clinical and public health practice and for future research, they said.

Although this meta-analysis had inherent limitations due to the inability to adjust for individual variables such as the differences in supplement composition among the studies, heterogeneity and sensitivity tests showed that no single study determined the overall or stratified outcomes, the researchers said.

Since none of the included trials were designed exclusively for stroke, the effect of publication bias on these findings should be limited, they added.

Most trials, they noted, used folic acid in combination with other B vitamins, with varying dosages across the trials. Thus this meta-analysis was limited by the original study design and could not assess the efficacy of single versus combination regimens, or dosage.

As the controversy over homocysteine-lowering therapy continues to evolve, clarifying whether there are groups of individuals who might benefit from this simple intervention is very important from a research and population health perspective, Dr. Wang said.

To efficiently assess the efficacy and causality of folic acid supplementation on stroke, future clinical trials should be done in regions without grain fortification, with follow-up of four years or longer, and among individuals without a history of stroke, the researchers said.

The issue of folic acid supplementation alone versus folic acid in combination with other B vitamins, as well as optimum dosage, should also be carefully considered in future trials, they added.

In an accompanying editorial Cynthia M. Carlsson of the University of Wisconsin wrote that although there may be subgroups of individuals who could benefit from lowering homocysteine for stroke prevention, she questioned whether folic acid and B vitamins can be safely prescribed when the risk of a combined cardiovascular disease event might be increased.

Several large randomized trials have shown that lowering homocysteine with folic acid does not improve cardiovascular disease outcomes and when combined with B vitamins, folic acid may actually accelerate risk.

Thus, in the primary prevention of disease outcomes, one will have to consider a patient’s risk of developing an adverse outcome in another disease state resulting from folic acid supplementation, she said.

“Although this meta-analysis helps clarify answers to some questions about the role of homocysteine lowering in cardiovascular disease prevention,” she said, “ongoing randomized trials are needed before we can conclude that the benefit of continued use of previously deemed ‘safe’ vitamin supplements outweighs the risk of other adverse cardiovascular disease outcomes.” 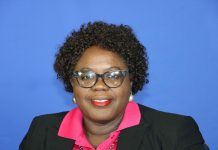 Today is Caribbean Wellness Day, its goal is to reduce NCD risk factors 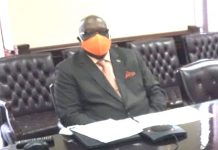