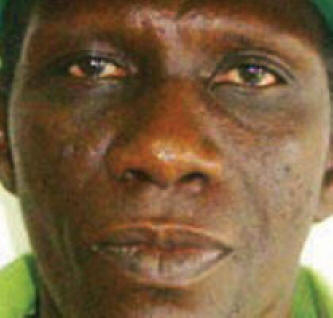 (Basseterre, St. Kitts) – There has been no official word yet from the Government of the Federation of St. Kitts and Nevis on the promised investigation into the fatal bridge collapse on May 14 that left one man dead and two injured.

Vincentian national Allick Toney was killed and Guyanese nationals Ian ‘Shatta’ Warde and Murtland ‘Pace’ Watterton were injured when the bridge they were working on caved in under the pressure of poured concrete.

Mr. Watterton, one of the injured men in the accident, said that his family is suffering the most because he is the breadwinner.

According to Mr. Watterton, the doctor’s report said that he suffered back injuries resulting in a split bone and post- traumatic stress. He has difficulty sleeping at nights and cannot sit in an upright manner for very long periods without suffering discomfort.

“We are foreigners here. We are humans,” said Carol Watterton, wife of Mr. Watterton.

Mrs. Watterton was responding to what she perceived as gross negligence in the case of her injured husband. Since leaving the hospital, Mrs. Watterton said that her husband has not been visited at his home, not even from his boss, Mr. Robert Getz, who has not shown any concern since.

“I am not working and my husband has to provide for his family,” she said.

Mr. Watterton said that since the tragedy resulting in his injuries took place, he has received one week’s full pay and is now receiving social security benefit. However, his concern is that his injury is long term and will affect his ability to work for a very long time because his work includes bending and climbing.

Mr. Watterton fell 20 feet when the deck collapsed. He said that as he lied buried in concrete, he called on God to save his life.

“Thank God I’m alive. The Lord will continue to heal me,” Mr. Watterton said in gratitude.

“I wonder whether the muted response to a fiasco of this magnitude was because our public has become so saturated with pain that one more degree yields diminishing returns in its response”.

“Or perhaps it is because the victim of the fatality was a St. Vincentian and the other seriously injured victims were Guyanese. Perhaps if they were Kittitians there would be a greater show of collective emotion over the tragedy which snuffed out a life and seriously injured others?”

Mr. Watterton and his wife Carol have two children, Jermaine and Jinelle. Jermaine is 20 years and Jinelle is 12.

Mr. Watterton and his family have been living in St. Kitts for just a little over five years. In May 2007, he started working with Wynn Aggregate, the construction company sub-contracted to work on the bridge.