In a message posted on his Facebook page, Anthony also pointed to constitutional reform – stating that “over the past few years, Barbados has achieved two constitutional milestones which have surprised me. It has done the unthinkable – first, it jettisoned the Privy Council as its final Court of Appeal and adopted the Caribbean Court of Justice (CCJ), then secondly, it replaced the British Monarchy as its Head of State in favor of a Republican President.”

According to the former Prime Minister, the actions were “unthinkable” for the reason that for years the wider Caribbean treated Barbados as the “most Anglophile nation” in the Commonwealth Caribbean.

”We ridiculed Barbados whenever we had the opportunity. There is no hope for ‘Little England” we would say. Yet, among the nations of the region, Barbados in recent times has chosen to be the most courageous.”

In the case of St Lucia, Anthony questioned whether the current administration has the courage to take the first step like Barbados – “replace the Privy Council with the Caribbean Court of Justice, as our final Court of Appeal?”

He noted that St. Lucia’s Parliament now has the two-thirds majority specified by the Constitution to amend the second of the constitution allowing appeals to the CCJ. He added that the local court of appeal “by way of an advisory opinion of a majority, does not need a referendum to take that step.”

”For my part, we should tarry no further and collectively, act together in unison to commence the process to repatriate our constitution to where it belongs, in the sovereign will of our people.”

”Surely, we have a duty to make final appeals in judicial matters accessible to the vast majority of our population, not only to the few who can afford it before the Privy Council,” he said. 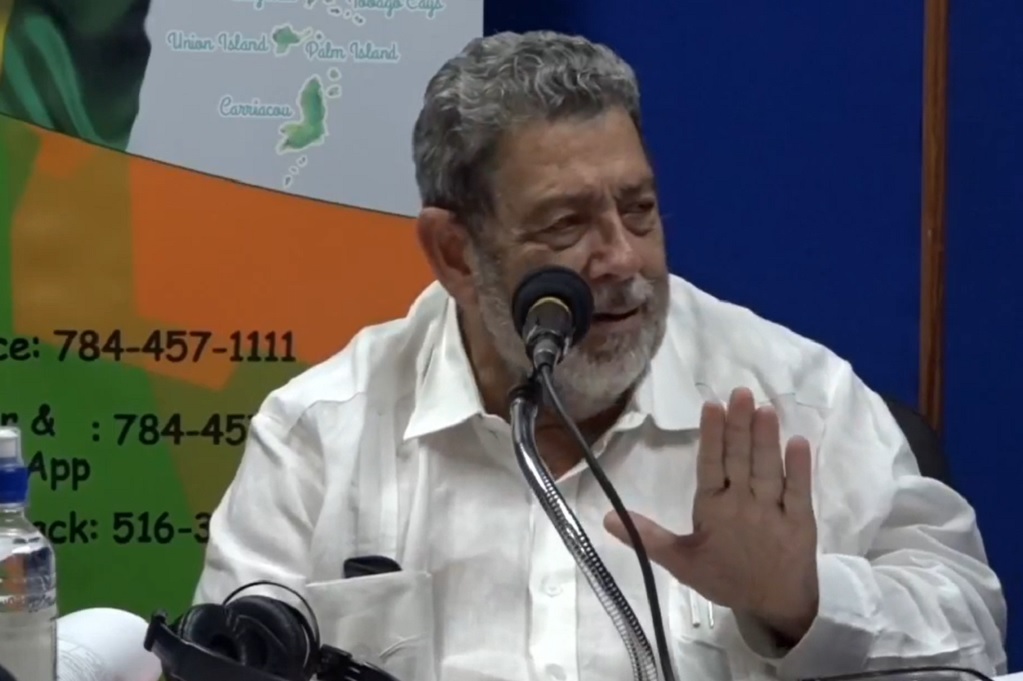 Prime Minister Dr Ralph Gonsalves says he looks forward to the day when other CARICOM member states will follow Barbados, Guyana, Trinidad and Tobago and Dominica and adopt a republican form of government.

In a lengthy letter congratulating Barbados Prime Minister Mia Mottley on her island becoming the fourth CARICOM state to replace Britain’s Queen Elizabeth as head of state on Tuesday, Prime Minister Gonsalves said other CARICOM countries, namely French-speaking Haiti and the Dutch-speaking Suriname have also adopted a republican form of government with both countries having executive presidents.

Gonsalves said that prior to Prime Minister Mottley’s successful leadership on this issue, only Dr Eric Williams, “the political titan of Trinidad and Tobago”, was able to lead triumphantly on republicanism by way of an alteration to an existing post-independence Constitution.

“So, Barbados is not doing anything novel.  But what it is doing is of utmost significance, for the better, for its people and our Caribbean civilisation.  It is my hope that, in my lifetime, all or most of the independent countries of CARICOM would move from a monarchial system to a republican one.

“I earnestly look forward to such a change in Antigua and Barbuda, the Bahamas, Belize, Grenada, Jamaica, St. Kitts-Nevis, St. Lucia, and St. Vincent and the Grenadines.  These eight CARICOM member-states plus six other countries are outside of the United Kingdom, with the British monarch as their Head of State: Canada, Australia, New Zealand, Papua New Guinea, Solomon Islands, and Tuvalu. “

Gonsalves said in the Caribbean as a whole there are five British colonies or overseas territories, namely Anguilla, Cayman Islands, British Virgin Islands, Montserrat, and Turks and Caicos Islands.  Bermuda located in the Atlantic, but with Caribbean connections, is also under British suzerainty.

“The wider Caribbean is also awash with colonial territories or departments of colonial powers of the United States of America, France, and Holland,” he wrote, adding “hopefully, too, all these colonial territories will push for independence within the comity of nations globally.

“It would be good to see the end of colonialism in our Caribbean.   But that initiative belongs not to me but to the people of these twenty or so colonies or territories and their national leaders,” Gonsalves wrote in his congratulatory letter to Prime Minister Mottley.

Barbadian Dame Sandra Mason was sworn in as Barbados first head of state during a glittering ceremony at National Heroes Square in the heart of the capital, Bridgetown, in the early hours of Tuesday.