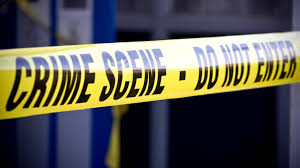 Basseterre, St. Kitts-A Fraites bakery van was robbed in the early hours of Wednesday morning in the Saddlers area while doing it’s daily routine.
The Observer has been reliably informed that mask men approached the delivery vehicle at around 4:00 am and demanded money and successfully escaped with a bag containing money.
This is the second time in a week in which Fraites Bakery fell victim to and armed robbery.
Just last week the owner of the bakery Roger Fraites had a gun held to his head as thieves demanded the he opened the vault and hand over money. During that robbery Mr. Fraites indicated that the perpetrators had stated that it was the police’s fault for taking away their marijuana.
Also a gentle man  from Cayon is said to be nursing gunshot wounds at the JNF Hospital. Information gathered indicates that the victim is from the River Ghaut area and sustained the injuries in the Whites Mountain area this morning.
Information also states that the individual also visited the Cayon Police Station from where he was transported to the Hospital.
- Advertisement -