The French Navy (Marine Nationale) Mistral-class LHD Dixmude set sails for the French Antilles in the Caribbean this morning. The vessel will be providing assistance to the French territories affected by the Covid-19 pandemic, as part of Operation Résilience.

Operation Résilience which was launched last week by French President Emmanuel Macron to counter the coronavirus epidemic is described as an “unprecedented military operation dedicated to supporting public services and the French people in the fields of health, logistics and protection”.

First ship of class Mistral which was already deployed in the Indian Ocean has been re-tasked with a similar mission and is set to reach the French island of Mayotte tomorrow (April 4th). 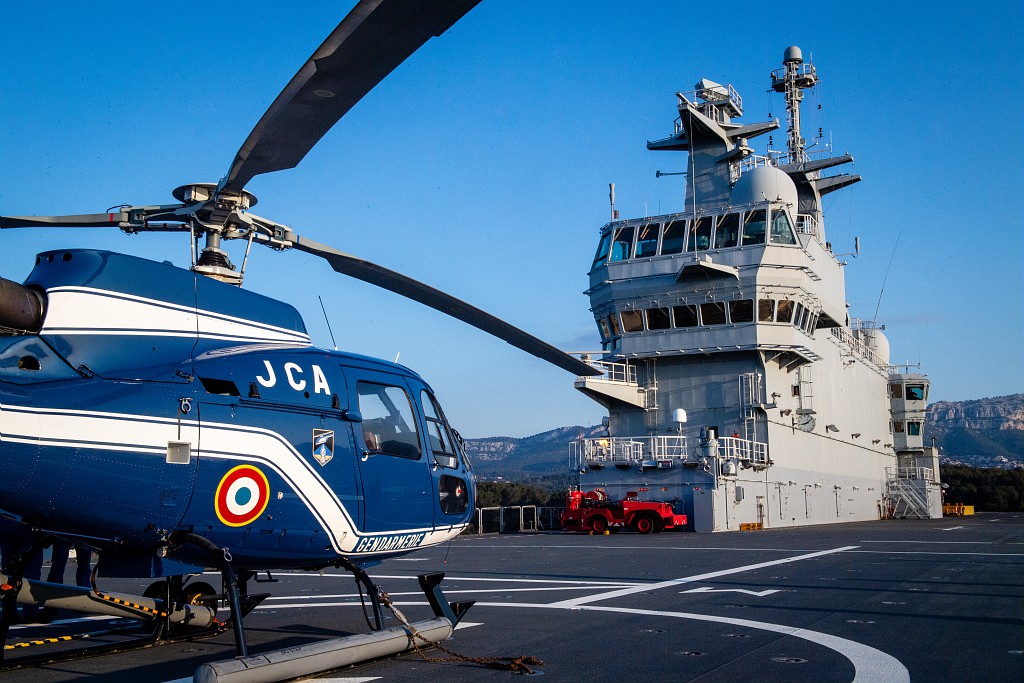 One of the four helicopters aboard belongs to the Gendarmerie. ©Marine Nationale

According to the French Ministry of Armed Forces, the two Mistral-class LHDs will be available to the civil authorities of the French Antilles, French Guyana, Reunion and Mayotte as part of Operation Résilience. They may be used for health support, logistics and protection missions.

The LHDs will provide useful reinforcement to overseas territories, in particular thanks to the helicopters they carry, which will be able to carry out support and medical evacuation missions, even in the most remote areas.

Dixmude is set to be on theater in mid-Arpil. It could then head to Guyana as needed. As a first step, the vessel is being used to ship medical equipment and supplies from mainland France. The Dixmude may be used under the command of the local armed forces to provide logistical or transport missions in order to guarantee the populations basic needs. In particular, it is carrying: