Basseterre, St. Kitts – Prime Minister the Honourable Dr. Timothy Harris announced in his budget address today that the Team Unity government has been outdoing itself and its predecessor when it comes to the number of business licenses that have been granted in St. Kitts and Nevis under their watch.

“We are happy to report that, based on statistics from the Inland Revenue Department, business licenses issued reached a historic high of more than 400 each year under the Team Unity administration,” said the Honourable Prime Minister and Minister of Finance, adding that the federation had never before crossed the 400 mark in a given year.

“[Edward Gift, comptroller of the Inland Revenue Department] said to me, ‘Your government is outdoing itself,’ and he credits it to the Fresh Start Program that has given new life to a large number of businesses,” Harris said. “We will continue to facilitate the ease of registering a business, particularly the small and medium-sized enterprises that are entering the retail trade and professional services.”

Since September 2015, the Team Unity government has helped hundreds of businesses either start or expand their operations by enabling them to access concessionary funding, as well as technical assistance, provided by the Development Bank of St. Kitts and Nevis under the Fresh Start Loan Program for Micro-, Small- and Medium-Sized Enterprises (MSMEs).

“This, Mr. Speaker, is one of the flagship programs initiated by my Team Unity government to advance the Prosperity Agenda and ensure a fair share for all,” Harris said when he spoke about it last year December during his budget address.

In November 2016, the press unit in the Office of the Prime Minister profiled several Fresh Start businesses on TV and YouTube. Links to Part 1 and Part 2 of the program are enclosed below: 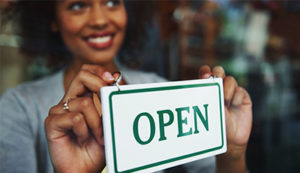