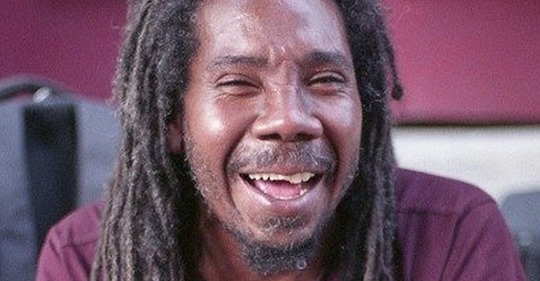 Dwight Claxton, a homeless veteran who died in Mount Vernon, is mourned by neighbors so moved by his passing that hey want to make sure he has a proper funeral. Not much is known about his past. He’s reported to have come to the US from the Caribbean and possibly from the Federation. Does anyone here recognize him? If so, contact the Observer at sknobserver@yahoo.com


Apparently estranged from his family, the homeless Navy veteran died alone but was broadly mourned by his Mount Vernon neighbors, who knew him as a friend, an artist and an easy conversationalist who doled out compliments and wisdom from a stoop on North Charles Street.

By Saturday, funeral arrangements were being pieced together via a lengthy thread on the community’s Facebook page where friends and acquaintances shared stories of Claxton — who some say was in his 50s, born in the Caribbean and moved to the United States, deployed to Libya as a sailor in the 1990s and might have spelled his first name Dwaight.

He was a man of deep faith and could often be heard praying loudly, “Jehovah, in Jesus’ name, by the power of the Holy Spirit,” said Lilly Barrett, a friend of Claxton’s who owns an antique store and has lived on Howard Street for about two years.

Claxton died of “being homeless in America,” Barrett said, although his cause of death was not immediately determined. “My heart breaks, is breaking for the injustice this world inflicts on its imperfect marvels like Dwaight,” she wrote in an online tribute.

Arrangements were incomplete this weekend, but Emmanuel Episcopal Church on Cathedral Street has volunteered to host the service. The church, across a parking lot from the Charles Street stoop where Claxton often slept and whose members were friendly with him, is awaiting word on whether he will be granted a veteran’s honors and burial by the Department of Veterans Affairs, which is closed until after Martin Luther King Jr. Day.

At least 65 people shared memories of Claxton on the Mt. Vernon Neighbors Facebook page. One woman recalled Claxton telling her son his glasses “looked cool,” which helped the boy feel less self-conscious about them.

Another neighbor recalled that “one day I was sad and he walked with me in silence. It was nice.”

Another called Claxton a “bright light of a human being with seemingly endless interesting stories.”

Others expressed regret.  “My partner said [Thursday] night Dwight said someone had stolen his blanket, so,” the woman wrote, “he brought him a blanket and some money. I’m so so heartbroken we didn’t do more.”

Barrett said she got to know him after her sister’s death when Claxton noticed that she was feeling low. Over the years, she said, they talked and drank together. They made plans to take a road trip and debated politics.

“God calls his followers to be known among the downtrodden,” she said. “It isn’t easy always but it’s worth it. Even the heartbreak. That’s part of the deal.”

In recent weeks, she said, Claxton had a worsening infection in his hand, among other health conditions.

Last year, advocates recognized the deaths of more than 100 homeless men and women in Baltimore. They are four to nine times more likely to die prematurely than those who have homes because of a greater risk of infectious and chronic illness, according to the Centers for Disease Control and Prevention.

More than 7,000 people were homeless in Maryland — including about 575 veterans — according to January 2018 data from the U.S. Interagency Council on Homelessness.

The Mayor’s Office of Homeless Services reports that approximately 2,500 homeless men, women and children live in Baltimore. They are homeless due primarily to a lack of affordable housing, the expense of health care, low incomes and too few services to support them.

Cold weather is also a factor in some of the deaths. Overnight Thursday into Friday morning when Claxton’s body was discovered, the temperatures dipped into the low 30s, and conditions were breezy.

Another friend of Claxton, Noah Patton, said his death should bring awareness to the high cost of housing in Baltimore and elsewhere. Nearly 60% of city renters spend more than 30% of their income on housing. Another third spend more than half.

“It is great folks are coming together to honor Dwight’s legacy,” Patton said. “We should also come together to fight the housing affordability crisis.”

Patton, a policy analyst with the Washington-based National Low Income Housing Coalition, said he met Claxton about five years ago. He said Claxton would join him on his walk to work from Mount Vernon to the Homeless Persons Representation Project downtown.

“I saw him pretty much daily,” Patton said. “He had many encouraging words for me, especially when I was studying for the bar: ‘You got this. You’re going to do great things.’ It was a good part of my day.”

The two had a falling out, Patton said, but he continues to hold great respect for Claxton, who mentored students from the Baltimore School for the Arts. Patton said he took Claxton to homeless service organizations that cater to veterans, but Claxton abhorred institutional settings and preferred to be in Mount Vernon where his friends were.

Patton said he reached out to city, state and federal officials and veterans groups and nonprofits that serve homeless people to make arrangements for a funeral and burial with military honors.

The extensive outreach by the Mount Vernon neighborhood over the news of Claxton’s death was moving, Patton said.

“I am proud to live in a community that has that kind of mindset, that even people who are unhoused are part of our community,” Patton said. “A lot of people would see [a homeless neighbor] as invisible, or as a nuisance.”

If you know him e-mail us at sknobserver@yahoo.com