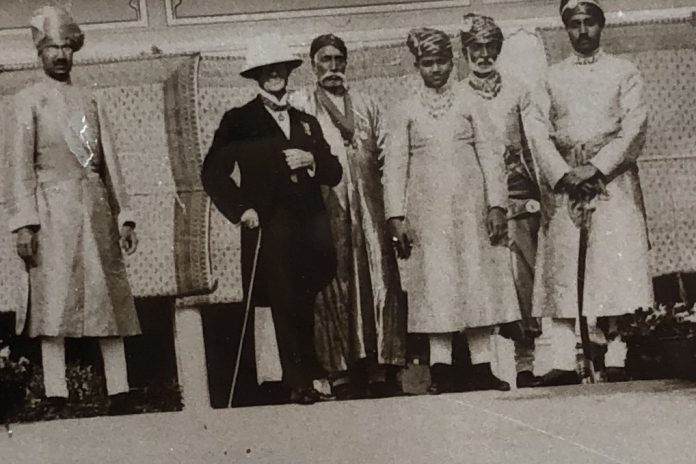 Despite its often turbulent history, the subcontinent of India is still one of my favorite places to explore. With its amazing mix of cultures, languages, and history, there’s
always something new to learn no matter how many times you’ve been there before. To describe this vast country as fascinating, even mysterious, would be an understatement.
And for those less conventional visitors willing to forsake the tour groups and the Taj Mahal to wander off the beaten track, the rewards will not be long in coming.

One of them is Shimla. The official capital of the state of Himachal Pradesh since 1971, Shimla is located in the foothills of the Himalayas, about two hundred and twenty miles northeast of Delhi.  With an average altitude of 7,300 feet, it has a subtropical highland climate which ranges from 25 degrees Fahrenheit in the winter to 82 F in the summer, the latter usually just before the monsoon season. Unlike sweltering cities like Delhi, Mumbai, or Kolkata, Shimla’s average summer temperature is usually a comfortable 70F. This is mostly due to its altitude as well as its proximity to numerous snow-capped peaks to the north-a factor which, in turn, creates cooling downhill breezes.

It was precisely this air conditioning system provided by Mother Nature, as well as the
region’s vast unspoiled wilderness, which first brought Shimla into the limelight.
According to existing records, the first wooden cottage was built in 1819. There was
certainly no shortage of building material; the area was covered by dense forests
consisting mostly of pine, deodar, oak, and rhododendron. By 1830, thirty structures
had already been built, and, by 1881, over one thousand, each grander than the last. By
1826, British officers were already making their way to Shimla  for their summer
vacations. It didn’t take long for word to spread; by the late 1830’s, this once sleepy
village could boast of its own church, art exhibitions, bazaar, even a theatre.  It was also
a venue for social gatherings of the elite, including extravagant balls and parties.
Women would make long journeys to come to these events in search of marriage
alliances for themselves or friends or relatives. (Needless to say, it was inevitable that
some tasting took place before ordering the main course).  Rudyard Kipling, who spent
several months there while writing Plain Tales from the Hills, described Shimla as
having a reputation for frivolity, gossip, and intrigue. Perhaps appropriately, Shimla soon
became known as The Queen of the Hills.

In 1863, the then Viceroy, John Lawrence, decided to make Shimla the permanent
summer capital of the British Raj. Subsequently, Lord Lytton, who was Viceroy from
1876 to 1880, approved and began construction of one of the most ornate colonial era
projects ever undertaken in India, a virtual castle which, in an example of deceptive
modesty, would be known simply as the Viceregal Lodge. It would also become the
official residence of all  future Viceroys, as well as serve as accommodation for visitors
of royal status and others considered important to the Empire. The Lodge was the first building in Shimla to have  its own electricity (1888), along with boilers which could
provide hot running water.

In 1903, another major engineering feat was completed: the Kalka-Shimla narrow gauge
railway. With no less than 806 bridges and 103 tunnels, it was touted as the Jewel of the Orient. (And declared a UNESCO World Heritage Site in 2008).

Yet another historic accomplishment took place in 1922, when Shimla’s Telegraph office
provided its first ever telephone service. Not surprisingly, the first official call to announce the good news was made to London by the Viceroy himself.

Unfortunately, good things were not destined to last forever. By the end of World War II, India itself was in turmoil, the result of centuries of barely suppressed hostility and
resentment between the country’s tribal and religious factions, especially those between Hindus and Muslims. For Britain,  exhausted by the war, now having to deal with such
problems, even in its most important colonial outpost, was the last thing it needed.

Nevertheless, attempts were made to find a solution acceptable to all conflicting parties in the hope of preventing an escalation into violence. As things turned out, it was a vain hope.

In June, 1945, exploratory talks, later described as the Shimla Conference , were held
at the Viceregal Lodge. In attendance, along with the Viceroy himself, were prominent
members of several religious and political parties. However, it quickly became evident
that, with hard line positions dominating and an unwillingness by any party to give even
an inch of ground, no progress would be made. Further discussions followed but the
results were the same. When the disappointing reports finally reached the British Prime
Minister and his Cabinet about the failure of the Shimla Conference, the government
decided that the only viable solution remaining was to partition India to form separate
Muslim and non-Muslim states. Unknown to most of these political figures at the time, or
perhaps not adequately thought through, was the fact that their decision would cost the
lives of hundreds of thousands, not to mention the displacement of many more, in both
India and what would eventually become Pakistan-and bring with it an atmosphere of
conflict that continues to this day.

A final effort to find a last-minute breakthrough took place, again in Shimla, in May,
1947.  Besides the new (and last)Viceroy, Lord Mountbatten, the most important figures
in attendance  were Jawahrlal Nehru,  India’s leader, and Muhammad Ali Jinnah, who
would become Pakistan’s first Governor General. But once again, no one was willing to
consider a compromise, especially Jinnah. He was determined that a new country,
whose population would be dedicated to Islam and freed at last from centuries of Hindu
and Sikh domination, would become a reality. Once again, any remaining hopes were
dashed and the meeting ended in abject  failure.

For Britain, the government’s final decision was to throw its hands up in exasperation
and walk away.  As far as it was concerned, there were far more important things to deal with. Two months later,  on August 14, 1947, the Partition of India was made official.  The rest is history.

In closing, this article wouldn’t be complete without mentioning Wildflower Hall. Situated
only a few miles from Shimla on a forested ridge above the city,  the hotel is part of the
Oberoi chain of five star luxury resorts.

Many of the surrounding trees and plants in its gardens were put into place by Lord
Kitchener of Khartoum, himself an avid gardener as well as the Commander in Chief of
the British Indian Army, whose former residence was only a short distance away.

Kitchener’s image was also featured on a famous World War I recruitment poster for the
British army.

Wildflower Hall itself has a remarkable history behind it as well. Mohan Singh Oberoi, a
young clean-shaven Sikh who was the son of a humble shoemaker in Punjab (later  to
become part of Pakistan)  first came to Shimla searching  for a job. No matter how hard
he’d tried, he simply hadn’t been able to make ends meet for himself or his family in his
own village. His first employer was the Cecil Hotel; one of his assignments was to weigh
bags of coal which fed the establishment’s water heaters.  It didn’t take long for the
hotel’s next owner, an Englishman named Ernest Clarke, to recognize Mohan Singh’s
intelligence and  penchant for hard work, as well as his surprising talents like being able
to use a typewriter to produce notes without a single spelling mistake. In very short
order,  Oberoi was promoted to the position of front desk manager. It was here that  his
fascination with the hotel industry really began.  And it would remain with him for the
rest of his life. One day, I’ll own my own hotel, he kept telling himself. Little did he know
that his dreams would be fulfilled beyond his wildest expectations. His determination
and willingness to  take on calculated risks, along with his sheer hard work and attention
to even the smallest detail-especially his uncanny ability to guess in advance the needs
and wants of  each and every individual guest-this was the key to his success. And, in
the end, he did manage to become the sole owner of the Cecil Hotel.

But that was just the beginning.

Today  the Oberoi group has thirty-five hotels and resorts, including two Nile river
cruisers, in more than half a dozen countries. Without a doubt, most people who’ve had
the luck (and means) to experience something truly impeccable, would agree that it’s
simply the best luxury hotel chain in the world.

And it’s a fitting tribute to the late Mohan Singh Oberoi, an extraordinary man who dared
to dream. 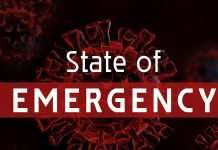 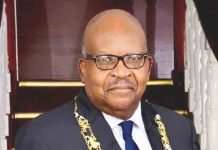