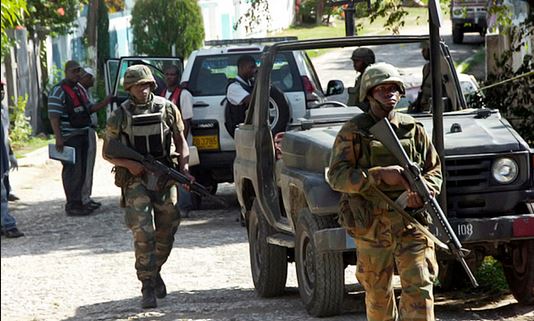 KINGSTON, Jamaica – A second state of emergency (SOE) has been declared in Jamaica, this time in the capital city of Kingston.

On Sunday during a press conference, Prime Minister Andrew Holness that an SOE is set for the Corporate Area police division of St Andrew South.

Holness told journalists during a media briefing at the Office of the Prime Minister, that he advised the Governor-General Patrick Allen on the recommendation given to him by the heads of the security forces.

From January 1 to June 29, this year, there were 94 murders in St Andrew South, up from 79 for the corresponding period last year.

Currently, there is a state of emergency in effect in the western parishes of Westmoreland, Hanover and St James.

In January, a year-long state of public emergency expired in St James. The tri-state SOE was declared on April 30 of this year.

In describing the overall crime situation nationally, especially relative to murders, Holness declared that “This is an epidemic and no one should tell that the country should be satisfied with it”.

“The truth is that the level of crime is above the capacity of law enforcement to (effectively) respond. There have been 11,000 murders in the last eight years, and we do not have enough investigators,” said Holness.

Many citizens have criticized the Holness administration’s decision to implement the State of Emergency, saying that move is just a cover for no real crime-fighting plan. But Holness has defended his decision, stating that “the Government is employing not just one strategy, but a raft of strategies that must complement each other”

The measure will be in force initially for 14 days pending approval by the Houses of Parliament for an extension.