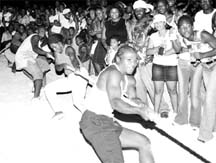 The Gem Family Rave will once again return to St. Kitts.

Ocean Fest is one of the activities for St. Kitts’ Tourism Week organized by the Ministry of Tourism.

Since the re-launch of the New Gem Radio six years ago, the company has used the rave as an event to increase their listening audience.

The Gem Family Rave is a day of fun, music, games and other exciting activities that attracts thousands of people, said Audley Goodwin, an executive at Gem Radio.

Goodwin said the last rave to be held in St. Kitts was in 2002. He said that rave was an overwhelming success and that the event attracted hundreds of new listeners to the show, as well as new advertisers.

He said visitors from Montserrat, Nevis and Antigua also participated in the rave.

Goodwin described the rave as a day of fun on the beach involving different types of games, including balloon tossing, tug-of-war, sac racing and special races for the kids. Also Goodwin pointed out tons of give-a-ways will take place as well as a special clash of the bands competition.

Goodwin said in preparation for the rave a Gem pre-rave dance would be held to get people into the festive mood. He pointed out that in the past pre-rave events have included performances by Third World. 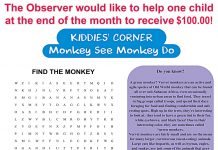 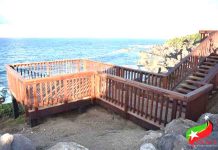