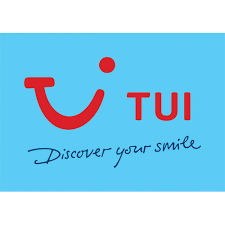 Even as TUI Group is pushing for Greece and other European destinations to reopen, the German company has announced cutting 8,000 jobs in an effort to reduce costs amid the coronavirus crisis.

A half-year report issued by the tours company described the COVID-19 pandemic as “unquestionably the greatest crisis the tourism industry and TUI has ever faced.”

TUI’s spokespersons went on to the travel industry will evolve because of the crisis, and that TUI would evolve, as well.

In an effort to cust costs by 30% across the company’s operations, as many as 8,000 employees will be laid off indefinitely. The company also said it will focus on digitalization in the future, rather than the more labor-intensive strategies deployed in the past.

TUI also confirmed taking out a loan of €1.8 billion euros ($1.95 billion) in March from the German government to help see it through the crisis.

The company announcement also told of the company withdrawing its full travel offering for the first time in TUI history. The company has said that the demand for travel is high and that customers are still searching for vacations online. About an hour ago TUI Group’s Twitter account tweeted this