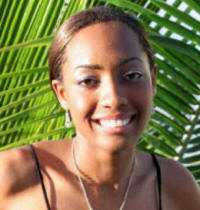 (Nevis) – A Morning Star man has been arrested and charged with causing death by reckless driving following a fatal accident on Jan. 18 on Nevis.

Valencia Robins, 18, of Jessups Village was killed when she was struck by a pickup truck as she walked along the main road at Bath Plains, near the RAMs Supermarket, about 7:30 p.m. She was pronounced dead at the Alexandria Hospital.

The vehicle was driven by Rolston Caines of Morning Star. He was traveling from the direction of Charlestown when the vehicle collided with Ms. Robins.

This is the first road fatality in Nevis this year and the third in the federation.

An investigation continues into the incident. A police spokesman said a sample of Mr. Caines’ blood is being examined by a laboratory.

If convicted, Mr. Caines could face up to five years in prison.

Ms. Robins was the daughter of Mr. Vaughn Anslyn and Ms. Claire Robins. She had five brothers and sisters.

Ms. Robins was active in a number of cultural events. At the age of 11, she entered the Mr. & Ms. Talented Youth Pageant. In 2003, she entered the Ms. CSS House Pageant and in Dec. 2007, she participated in the Ms. Teen Pageant in St. Thomas.