Two indigenous activists from Ecuador who successfully fought against mining on their ancestral lands have won an international environmental prize.

They used drones and camera traps to document mining on their land.

Their evidence was crucial in securing a legal victory which resulted in 79,000 acres of rainforest being protected from gold mining.

Alex Lucitante, 29, and Alexandra Narváez, 32, are part of the Cofán community, a 1,200-strong indigenous group which has lived in the tropical forest of north-eastern Ecuador for centuries.

Alexandra is a founding member and the first woman to join “La Guardia”, a group of 25 volunteers which patrols the area.

It was members of La Guardia who in 2017 first came across heavy machinery on their land along the banks of the Aguarico River, Alex Lucitante told the BBC.

“When we started investigating, we found out that the Ecuadorean state had issued 20 mining licences to several companies and 32 further were waiting to be approved.”

Mr Lucitante, a rights defender who wants to become a lawyer, says that when the complaints the Cofán raised with the authorities went unanswered, the community decided to take legal action. 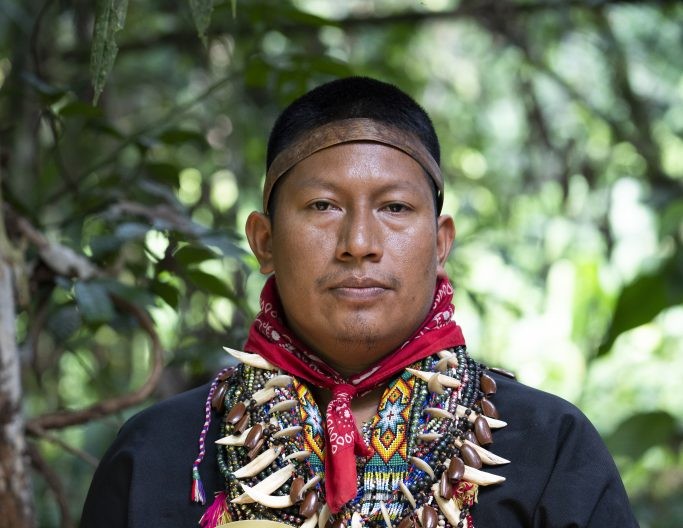 Goldman Prize
They didn’t pay any attention to us, they didn’t respect us, so we decided to get organised and put up a fight

Mr Lucitante says that the aerial images the community took with the help of drones and the detailed record they kept through photo traps of incursions into their territory were key to their fight.

After a legal battle which lasted almost a year, the community achieved a remarkable victory.

A court in their home province of Sucumbíos ruled that the Ecuadorean authorities had failed to seek the free, prior and informed consent of the Cofán needed to legally grant the mining licences.

The court nullified both the existing and pending licences and ordered that the mining activities be stopped.

An appeal by the Ecuadorean government resulted in another victory for the Cofán when the court ruled that they were the ancestral owners of the land and their right to a healthy environment and clean water had been violated.

Alexandra Narváez told the BBC that the ruling was absolutely key to the Cofán “because our territory is our life”.

“We know this territory, we have walked through it, we know the sacred sites, the places to go hunting, where animals come to eat. It’s full of life and it’s everything to us,” she explains.

“A Cofán without territory is not Cofán,” she says of the importance of their ancestral land to her people. 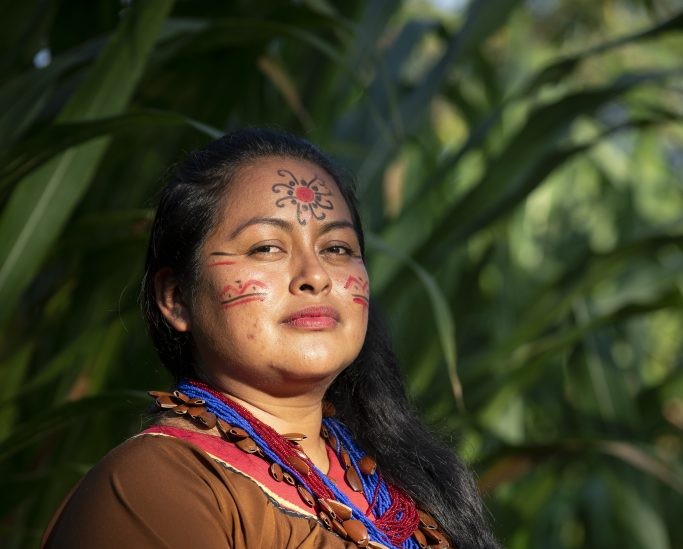 Ms Narváez says that even before taking on the legal battle against the state, she had to prove herself inside her own community.

“It’s been very difficult to be the first woman to join La Guardia, I received a lot of criticism at first from both men and women,” she says.

“Traditionally in our community it’s been said that women should stay at home looking after the children and the home. So when I said I wanted to be a member of La Guardia, that caused a big stir.

“But I told them, I have to do this not just for myself but for my two daughters and all the women in the community.”

Ms Narváez says that eventually she managed to convince the doubters in her community that knowledge traditionally held by women could prove valuable to La Guardia.

“We are the ones who fetch water, who collect medicinal plants and seeds to make our necklaces, and therefore we have a deep connection to our territory.

“The world needs to hear our voice and that voice is saying ‘we’re going to defend our land with our lives!'”

Ms Narváez is proud that since she opened up the indigenous patrol to women, five more women have joined.

And she says that in moments when she had come close to quitting because she felt she did not spend enough time with her two daughters, it was them who encouraged her to carry on.

“They tell me ‘Mum, go on patrol, we’re fine and we want to be like you. Once we finish school, we want to wear the Guardia uniform and follow in your footsteps.’ That’s what gives me strength.”