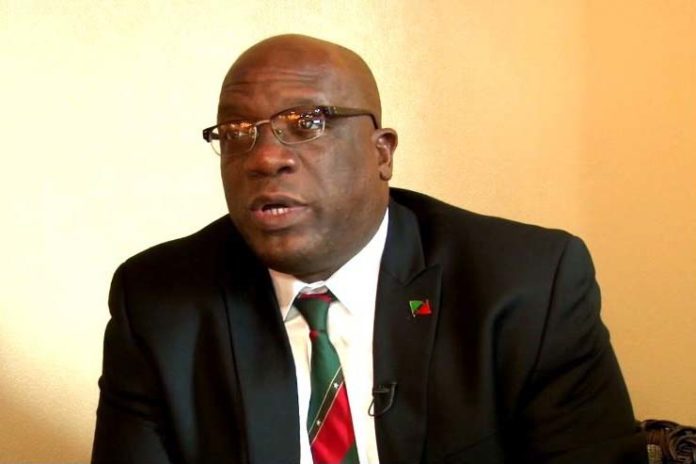 Basseterre, St. Kitts – The government of St. Kitts and Nevis is dismissing claims it dropped the ball regarding an unauthorised vaccine operation that took place in the federation in 2016.
In a statement released Aug. 30, the Ministry of Health stated that neither the cabinet, the Ministry of Health, the Office of the Chief Medical Officer (CMO) nor the St. Kitts and Nevis Medical Board has ever been approached on this project.
“By extension, none of these agencies has approved such a venture,” the statement read. “As a result, an active investigation has commenced into this project. The Ministry of Health will always ensure that all research involving human participants follow international standards which protect the safety and security of [people] involved.”
The statement also noted that the CMO, Dr. Hazel Laws, has established a committee to examine research protocols in St. Kitts and Nevis.
“In order to help fulfil this mandate, the chief medical officer convened an Interim Ethics Review Committee (IERC) to vet all medical research protocols in the federation in keeping with international best practices,” said the statement. “The role of the IERC is to ensure that the basic ethical principles and guidelines that govern the conduct of research involving human beings are maintained at all times.”
The prime minister of St. Kitts and Nevis, the Honourable Dr. Timothy Harris, said at a recent press conference that the government has never dropped the ball in relation to any health matter and one has to examine the facts.
“I just want to make it clear that no authority in the Ministry of Health provided any support for any testing of vaccine in the country so we ain’t drop the ball,” Harris said.
He further added that in any society, there will always be individuals – both citizens and noncitizens – who will engage in unauthorized activities. “What you want is that when those things are discovered, there is an appropriate response,” he said, “and when it was discovered or reported that there were vaccine testing conducted here, we asked an investigation be conducted when the CMO says she had no knowledge of it.”
Harris also claimed that the government is not aware of any public health institutions being involved in the research.
“As far as we are aware, none of our public health institutions were in on any vaccine test conducted,” Harris said. “We don’t know. We said we will do the investigation. The Customs Department is getting involved, the CMO has been involved and the police have the file in relation to that matter. When the file is complete, I expect Mr. Queeley or Mr. Brandy would forward it to the appropriate destination and then we will deal with that matter.”
He further stated that at the moment the matter is just being treated as an allegation until the investigation has been completed.
“All we have are allegations thus far from some [people] that these tests had been conducted,” he said. “In 2016, when these things were allegedly reported [to have happened], the former CMO said he doesn’t know and the current CMO said she doesn’t know, so how is it the government can be accused of dropping any ball? We neither aided nor abetted and will never when it comes to the health of our citizens.”
The prime minister stated that the investigation must uncover how the alleged research and testing was allowed to happen in the federation.
“The investigations must now find out if this thing in fact happened, where it happened and who aided and abetted that particular development,” he said, “But nothing has the signature of any government official that I am aware.”
The clinical trials were conducted in the federation in 2016, allegedly with the support of Southern Illinois University (SIU) in the United States of America. According to the school’s website, a vaccine developed by a researcher associated with William Halford, Ph.D., an associate professor in the Department of Medical Microbiology, Immunology and Cell Biology at SIU School of Medicine, was being tested on a group of U.S. and British citizens.
“The results were impressive, suggesting a functional cure for the disease may be on the horizon,” the article noted. “The vaccine was the result of 15 years of Dr. Halford’s herpes immunology research, including a series of studies to prove the safety of using a live-attenuated (weakened) virus vaccine, a method that has fallen out of favour with the scientific community over the past 30 years as the development of synthetic vaccines has attracted increased research funding.”
The article further indicated that the trial was designed for convenience, speed and efficiency and was used as a medium “to introduce the TheravaxHSV-2 vaccine in an inviting environment that would interest patients and scientists alike.”