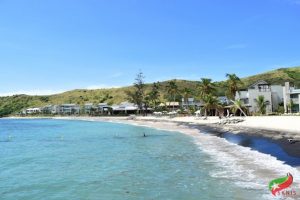 BASSETERRE, St. Kitts – Unknown sources are attempting to destabilize the Citizenship by Investment (CBI) programmes within the OECS region by tarnishing the reputation of a well-known real estate developer, Mohammed Asaria, the founder of Range Developments.

Asaria, whose company is responsible for developing Park Hyatt St. Kitts Christophe Harbour and the Cabrits Resort in Dominica, was forced to respond to allegations being purported that he had been arrested and detained in China on suspicion of illegal fundraising. Asaria has since vigorously rejected those claims and promised to pursue “the highest possible damages” in court against those responsible.

One of the first attempts made by the Opposition leader to derail economic activity in the federation came in July 201 when he wrote a letter to the Canadian Commercial Corporation (CCC) asking that it withhold funding for the construction of the second cruise pier, which is a major capital project expected to create hundreds of jobs and inject millions into the local economy. That unpatriotic attempt by Dr. Douglas has since amounted to nothing, as work on the US$48 million capital project is now underway.

Furthermore, Prime Minister the Honourable Dr. Timothy Harris has on several occasions vehemently accused Dr. Douglas of acting on behalf of another country’s interests by promoting the citizenship programme of the Commonwealth of Dominica in lieu of St. Kitts and Nevis’ own CBI programme. This came after it was disclosed that the Opposition leader filled out an application form and was issued a diplomatic passport of the Commonwealth of Dominica, which describes Douglas as a citizen of Dominica and which he has used to travel. That matter is now before the High Court after the attorney general initiated legal proceedings to have Douglas disqualified from the Parliament for being in violation of the Constitution.

Asaria has since reiterated his intention to continue his work within the region, stating “I won’t let this distract from our efforts to build world-class projects in the Caribbean.”

Range Developments is leading the development of the luxurious Six Senses resort at La Vallee, which is scheduled to open in the fourth quarter of 2021.