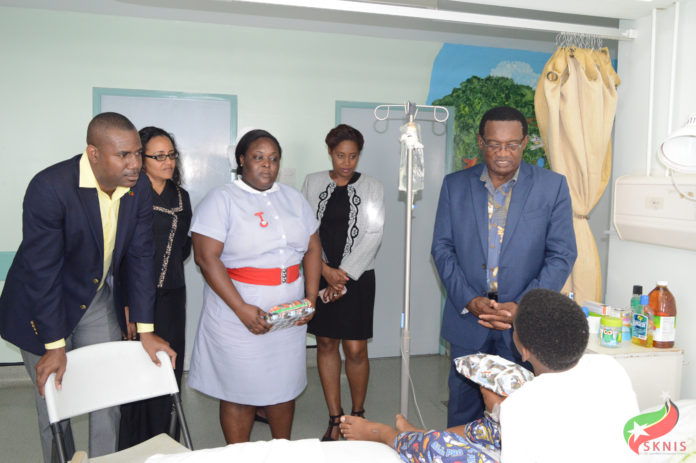 Basseterre, St. Kitts – The halls of the Joseph N. France General Hospital in Basseterre were filled with joy Dec. 19 as healthcare workers and government officials made their way around the wards singing Christmas carols to patients.

The carollers were Deputy Prime Minister the Honourable Shawn Richards; Minister of Health the Hon. Eugene Hamilton,; Senator with responsibility for Health, Honourable Wendy Phipps; and Deputy Speaker Sen. Akilah Byron Nisbett. The officials made their rounds greeting and speaking to the patients who seemed delighted the officials made time to visit them. Several of the patients thanked God for seeing them through their difficult time and blessed the officials for visiting them.

One patient, who was not able to see, was particularly excited that she was able to engage with the representatives of government and gave them warm hugs and kisses. Others were moved by the spirit of the season and joined in the singing of carols, while also clapping their hands.

Gifts were also presented to the patients to further brighten their day. This had a striking effect, particularly on the younger patients whose spirits were down given that they are away from family and friends during the festive season.

The carolling by members of the hospital staff and government officials is an annual occurrence. Similar activities are done at Pogson Medical Centre in Sandy Point and Mary Charles Hospital in Molineux. 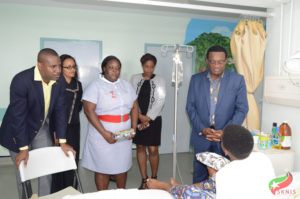