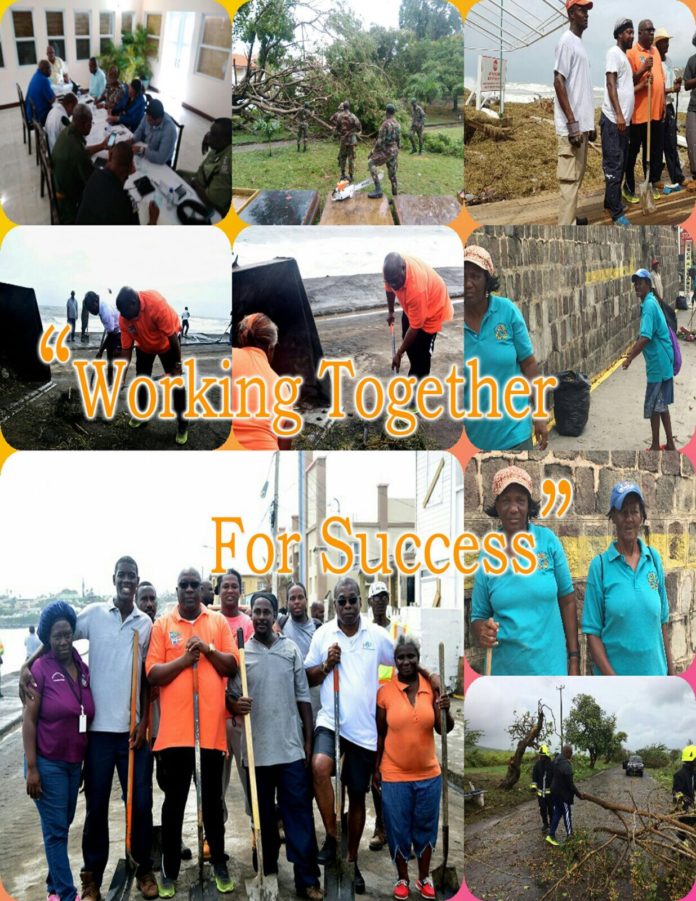 BASSETERRE, ST. KITTS – His office says that “patriotic citizens both at home and abroad are commending Prime Minister the Honourable Dr. Timothy Harris and his cabinet for expanding the investment options under St. Kitts and Nevis’ Citizenship-by-Investment (CBI) Program to include a Hurricane Relief Fund,” calling it a “bold and visionary step.”

The Team Unity administration made this step “with the primary intention of enabling the government to be better positioned to assist citizens at home and in the diaspora with disaster relief efforts.”

In part, here is the government’s press release by Valencia Grant, press secretary to the prime minister:

Showing insight, foresight and ingenuity, the Team Unity administration has introduced a third investment option under the CBI Program that will take the form of a non-refundable contribution of US$150,000 (plus due diligence and processing fees), a proportion of which will go into a Hurricane Relief Fund.

The other two investment options under the CBI Program remain: the minimum real estate investment option (US$400,000 plus fees) and the Sugar Industry Diversification Foundation (SIDF) option (a nonrefundable contribution of US$250,000 for a single applicant plus fees).

The third investment option – the Hurricane Relief Fund – is open to investor families of up to four [people] and will only be operational for a period of six months.  It is hoped that this fund will grow sufficiently to be in a position to assist with additional disaster relief efforts outside of St. Kitts and Nevis.

By establishing this new avenue of growth and investment generation, the Team Unity administration demonstrates its commitment and fidelity to the people of St. Kitts and Nevis, wherever they are, as well as to the fundamental principles of nation building.

Prime Minister Harris and his cabinet introduced the Hurricane Relief Fund the same day (Sept. 22) they also approved duty-free concessions for a period of six months on the purchase or importation of building materials to repair damages to residential properties in St. Kitts and Nevis, as well as a generous hurricane aid package totalling EC$2.5 million for Anguilla, Antigua and Barbuda, the British Virgin Islands, Dominica and St. Maarten.

The government of St. Kitts and Nevis is extending this aid package on top of the in-kind support and services it is already offering to neighbouring islands impacted by the Category 5 Hurricanes Irma and Maria.  It is doing all of this despite being faced with unbudgeted expenses in the region of EC$150 million (preliminary) and counting as a result of Hurricanes Irma and Maria.

Additionally, the $2.5 million aid package announced on Sept. 23 brings the total monetary donations pledged by the Team Unity government for disaster relief earmarked for neighbouring islands to more than EC$4.5 million within the past two years.

Considering (1) the scale of the destruction that Hurricanes Irma and Maria wreaked on the islands, and (2) that the Organisation for Economic Co-operation and Development (OECD), the World Bank and other international organisations – through a process called graduation – have upgraded St. Kitts and Nevis and other neighbouring islands to high-level income status, making them no longer eligible for the preferential borrowing rates they previously had access to, thereby disregarding that, as small-island developing states (SIDS), they are especially vulnerable to exogenous shocks such as hurricanes, the government of St. Kitts and Nevis has decided to leverage its best-in-class Citizenship-by-Investment Program for the benefit of citizens and residents, as well as the wider Caribbean region and indeed the world, during times of disaster.

Established in 1984, St. Kitts and Nevis’ CBI Program is the oldest and one of the most attractive of its kind in the world. The Citizenship By Investment (CBI) Index prepared by Professional Wealth Management, a publication of The Financial Times, acknowledges St. Kitts and Nevis’ CBI Program as an industry leader. Compared with 11 other countries that populate the CBI industry, St. Kitts-Nevis finishes on top of the CBI Index in the due diligence component, as well as in speed and ease of processing applications, and mandatory travel or residence requirements.