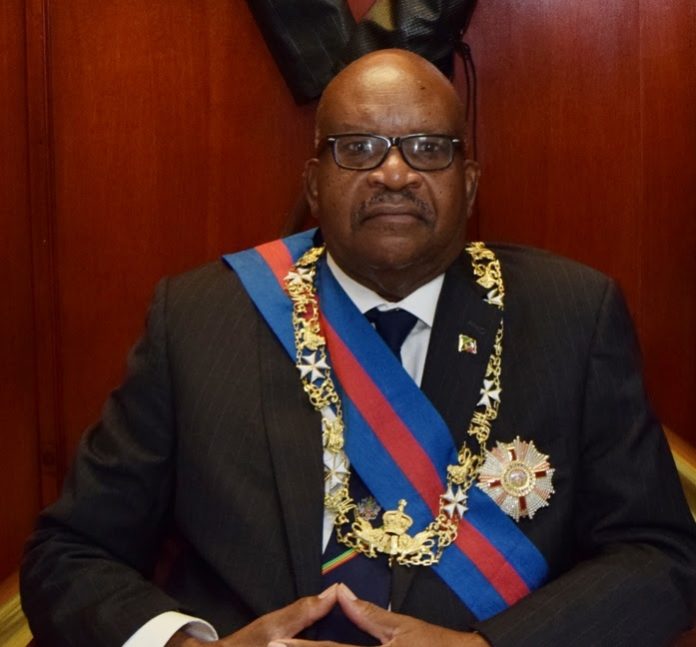 The Governor-General and His Excellency Gustavo Martinez Pandiani, Ambassador Designate of the Republic of Argentina to Saint Kitts and Nevis discussed areas of cooperation including a Bilateral Cooperation Agreement in the field of Sports which relates to the provision of a renowned Argentine Football Coach to improve the tactical capacities of our Senior National Team. Several other areas of cooperation were discussed.

Finland has been active in the areas of energy and environmental issues and issues of the sustainable use of natural resources. Finland’s relations with Saint Kitts and Nevis were first established Oct. 2009.

The Governor-General also met with His Excellency Anthony Mwaniki Muchiri, Ambassador designate of the Republic of Kenya.

St. Kitts and Nevis and the Republic of Kenya formally established Diplomatic Relations in Sept. 2016 and is regarded as a matter of strategic interest as Kenya has signaled its intentions to deepening relations with the Caribbean.

President Uhuru Kenyatta of the Republic of Kenya recently paid a State Visit to Jamaica and Barbados, and its private sector has been recognized by The World Bank as one of the most vibrant and dynamic in Africa. A leader in the field of renewable energy, 47 percent (47%) of the country’s need are needs are from geothermal.

The UNDP has been highly supportive of many undertakings in St. Kitts and Nevis including Citizens Security involving collaboration with the Police and Prison Service, Director of Public Prosecutions Department of Statistics and Department of Youth. In the area of biodiversity, the UNDP interacts with the Ministry of Sustainable Development, Department of Physical Planning and Environment, Saint Christopher National Trust and the Nevis Historical and Conservation Society.

Additionally, the UNDP will seek to promote the Small Grants Programme with the Global Environmental Facility (GEF).

The Representatives engaged in wide ranging discussions with the Governor-General, who was familiar with the several activities from his earlier role as President of the Saint Christopher National Trust and his present role as Patron. Discussions also centred on areas of further cooperation and the enhancement of presentactivities.

The High Commissioner will use this visit to meet with Jamaicans living in St. Kitts and Nevis to update them on developments in their homeland and to address concerns they may be experiencing as a community.

Both countries share a long history of bilateral relations and Jamaica has facilitated programmes in the field of Diplomacy (Protocol) and sports development.

The second diplomatic engagement was with The High Commissioner of South Africa, Her Excellency Ms. Lumka Yengeni.

Her Excellency has dedicated her life to the people of South Africa during the fight against apartheid and is a product of the June 16 Soweto Uprising, which saw the deaths of at least 176 people. She is a former political prisoner, an officer of the South African National Defence Force and former two-term Parliamentarian as one of The African National Congress (ANC) Representatives.

The Federation established relations with the Republic of South Africa in Feb. 1998 and efforts are continuing to establish a substantial level of development cooperation. 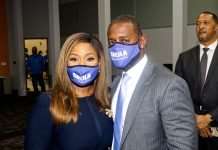