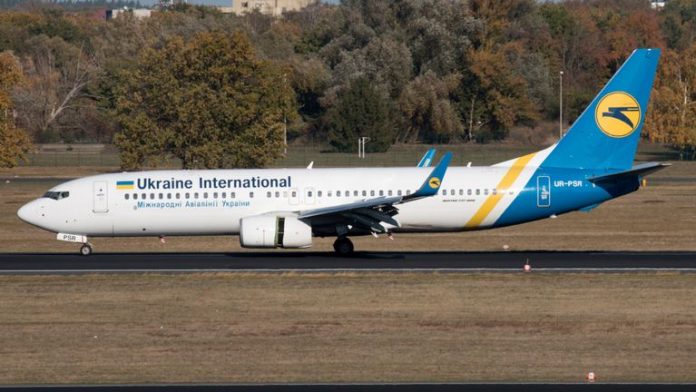 Officials in the UK, US, Canada and Australia have said it is highly likely a missile was to blame for the crash of a passenger jet over Iran.

All 176 people on board were killed when the Ukraine International Airlines jet crashed on Wednesday, minutes after taking off from the Iranian capital of Tehran.

Among the dead were 82 Iranians, 63 Canadians and four Britons.

Western leaders believe the jet could have been hit by mistake hours after Iran launched ballistic missiles at two US bases in Iraq to avenge the killing of its top general in an American airstrike.

Canadian Prime Minister Justin Trudeau said at a news conference: “We have intelligence from multiple sources, including our allies and our own intelligence.

“The evidence indicates that the plane was shot down by an Iranian surface-to-air missile. This may well have been unintentional.”

Ukraine’s President Volodymyr Zelenskiy was slightly more cautious, saying on Friday that the possibility of the plane having been downed by a missile had not been confirmed or ruled out yet.

UK Foreign Secretary Dominic Raab called for a “full and transparent investigation” into what caused the crash.

The Foreign Office has updated its travel advice, warning Britons against all travel to Iran as well as travel to, from and within the country.

The warning added: “Tension between Iran and other countries could escalate rapidly” and “anger inside Iran is high” following the killing of Maj Gen Soleimani.

“There is a possibility of an increased threat against Western interests and the security situation could worsen with little warning.”

Iran has denied its missiles were responsible for the plane crashing, with government spokesman Ali Rabiei describing the claims as a “psychological warfare against Iran”, according to state TV.

He added: “All those countries whose citizens were aboard the plane can send representatives and we urge Boeing to send its representative to join the process of investigating the black box.”

In the new footage, a ball of fire can be seen coming from left to right – the missile – and the plane is seen more clearly coming from the opposite direction. A few seconds later an explosion can be heard.

He added that western intelligence agencies are “pretty convinced that this aircraft was shot down”.

“What they don’t know is whether it was deliberate or not.

“The working assumption at the moment is that it was an accident and the reason for that is that, of the 176 on board, 82 are Iranians.

“So there’s no obvious reason this would be done deliberately…so the feeling was this probably was a tragic accident.”

The video is the latest apparently showing the incident.

In one, the Boeing 737 800 is seen exploding into flames as it tumbles form the sky and crashes into a distant field.

In another, the plane can be seen on fire for several seconds before exploding mid-air and finally bursting into flames as it comes down.

CCTV footage on a dark lane near the crash site is also believed to have captured the passenger plane hitting the ground.

The screen turns white as it crashes before the surrounding area is engulfed with flames, smoke and debris flying in all directions.