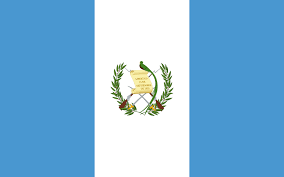 TAIPEI, Dec 19 (Reuters) – Guatemala plans to hold a summit in March for senior officials from “Taiwan-friendly” countries and hopes Taiwan President Tsai Ing-wen will attend, the Guatemalan ambassador in Taipei said on Monday.

Guatemala is one of only 14 countries to retain formal diplomatic ties with Chinese-claimed Taiwan, and one of three allies left in Central America, alongside Honduras and Belize. St. Kitts and Nevis also supports Taiwan.

Speaking after presenting Tsai his diplomatic credentials as new ambassador in Taiwan, Oscar Adolfo Padilla Lam reaffirmed his country’s friendship, according to a read out of the meeting from the Taiwanese presidential office.

“As Taiwan’s unchanging friend and ally, Guatemala intends to hold a high-level meeting of Taiwan-friendly countries in March to promote exchanges between friendly countries and reaffirm recognition and support for the Republic of China, Taiwan,” he said, referring to the island’s official name.

“If President Tsai’s itinerary allows, I hope she can co-chair such an important meeting with President (Alejandro) Giammattei.”

Tsai, who visited Guatemala in 2017, did not say in a statement from her office about the meeting if she would take up the invitation.

However, she thanked Guatemala for its support, including sending Foreign Minister Mario Bucaro to Taipei in August just after China carried out war games near the island.

China has increased military and political pressure on Taiwan to accept its sovereignty claims, drawing anger from the democratically ruled island, which has repeatedly said it would not be bullied and has the right to international participation.

Guatemala’s neighbour Honduras has been a source of concern for Taiwan.

Honduran President Xiomara Castro, who took office in January, had said on the campaign trail that she was open to starting formal relations with Beijing, though backed away from that after taking office.

China’s poaching of Taiwan’s friends has concerned the United States too, which is wary of growing Chinese influence in Latin America, the Caribbean and the Pacific where most Taiwanese allies are located.

China says Taiwan is merely one of its provinces, with no right to state-to-state relations.

The last country to cross over to Beijing from Taipei was Nicaragua last December.