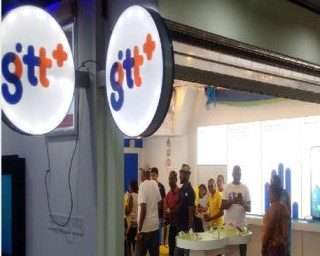 The Guyana Telephone and Telegraph Company (GTT) has “apologized for any inconvenience caused” after thieves dressed as security guards on Thursday night stole nearly GUY$20 million (One Guyana dollar=US$0.004 cents) in cash and checks from one of its stores.

In a statement, GTT said all its team members have been accounted for and it “would continue to provide support to them through our HR Employee Experience.”

The telecom company said the police and its own investigative teams are probing the robbery that media reports said was carried out by the thieves pretending to be from a security service that usually uplifts the GTT’s earnings.

“The employee said that herself along with five other staff members were on duty at the GTT booth, when the two suspects, wearing face masks fully dressed in the said security uniforms, approached her, and checked the bags with the cash as per normal.

“One of the suspects then went outside to the other staff members and brandished a handgun at them. They were instructed to ‘get on the floor to which they complied. The other suspect who was in the supervisor’s room took out a handgun from the waist of his pants and told a supervisor to go on the floor, which she did,” police said.

The authorities said the bandits stole GUY$13,420,487 in cash and GUY$6,015,524 in cheques from the telecoms company’s branch at Giftland Mall, Liliendaal, East Coast Demerara.

Police said the suspects placed duct tape on the hands and mouths of the GTT staffers and locked them in the booth.

“The perpetrators then took the said cash mentioned, exited through a back door, made their way into the Giftland parking lot and entered a white old model Raum (number unknown) and made good their escape heading east on the Railway Embankment,” police said.

Police added that staff members managed to free themselves and an alarm was raised.