Envoys to Guyana from several of the world’s major democracies have called on election officials to accept the result of a national recount of votes from the March 2 poll.

The US, Canada, United Kingdom and European Union have called on the Guyana Elections Commission (GECOM) to declare the Regional and General Elections using the figures that were tabulated during the national recount.

In a joint statement Ambassador of the United States of America Sarah-Ann Lynch, the British High Commissioner Greg Quinn, the Canadian High Commissioner Lilian Chatterjee and the Ambassador of the European Union Fernando Ponz-Canto said this should be done after the Caribbean Court of Justice gives a judgment on an Appeal Court ruling that said only the party with the most valid votes can lead Guyana.

“We believe election results are long overdue and, in that regard, we applaud the patience and peacefulness displayed by the people of Guyana,” the Ambassadors said.

“It is important in our view that every vote, cast by every voter, be reflected in that declaration, in order to ensure that the will of the people of Guyana is respected.  That respect includes an election declaration of results that mirrors the order and integrity displayed by the people of Guyana, GECOM and party officials, as witnessed by domestic and international observers during the 2 March general and regional elections.”

The Ambassadors noted that the recount, which was agreed to by both major political parties, that the polls were certified as credible by the Caribbean Community (CARICOM) Observer Team.

initially, the recount had the opposition coalition the winner. But, after throwing out scores of ballots by Election Commissioner Keith Lowenfield, the ruling coalition was the winner.  According to Lowenfield’s latest report, the UNPA+AFC coalition garnered 171,825 votes compared to 166,343 votes from the opposition Progressive People’s Party (PPP). 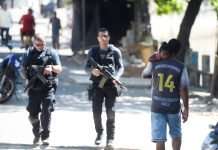