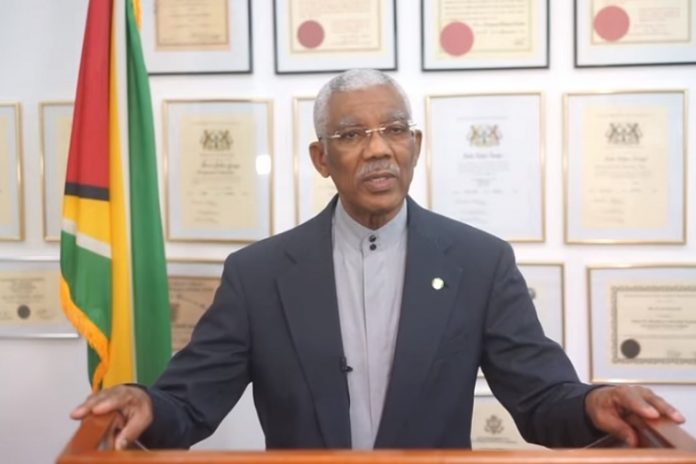 Guyana’s general elections on March 2 come almost 15 months after President David Granger’s coalition, A Partnership for National Unity/Alliance for Change (APNU/AFC), lost its one-seat majority in the Parliament of Guyana in December 2018. #

This was after Charrandas Persaud, a member of parliament (MP) with the Alliance for Change, voted against his own party’s leadership.

This unexpected and highly contended outcome set off an extended period of political instability and policy stalemate. On June 18, 2019, the Caribbean Court of Justice ruled that the December 2018 no-confidence vote had been validly passed by a majority of MPs, which led to a constitutional call for new elections by September 18, 2019.

Despite this ruling, the government further delayed the date of elections until March 2, 2020, undeterred by strong criticism by opposition leaders as well as by members of the international community.

Eleven political parties and coalitions were approved by the Guyana Electoral Commission (GECOM) to compete in the March 2 general elections. However, only the governing APNU/AFC coalition and the leading opposition party, the People’s Progressive Party/Civic (PPP/C), have a chance of winning a majority in Parliament either on their own or through a coalition that one or the other will be able to patch together.

As has been the case in a number of general elections in the past, the final vote is expected to be close and could well be disputed. In 2015, the difference between the APNU/AFC and the PPP/C candidates was a scarce 5,000 votes, with a voter list of approximately 500,000 individuals.

There is a real possibility that whichever party comes in second place will challenge the election outcome. It is rumored that both major parties have already drafted legal challenges to the election results, which they are ready to file depending on the results. Such challenges would likely be based on the perennial electoral controversy surrounding the accuracy of GECOM’s voter list and the overall voter registration process.

The Organization of American States, the Commonwealth of Nations, the Carter Center, the European Union, and the Caribbean Community will observe the March 2 elections, which leaves little possibility of the actual voting process being compromised.

There is hope the election will allow Guyana to move beyond the political stalemate that has endured since December 2018. Moving beyond the stalemate is even more important given that Guyana, in just these early months of 2020, is beginning to receive the first revenues of energy production that began to come online at the end of 2019.

In 2020, Guyana is expected to produce 120,000 barrels of oil per day (b/d), with production increasing to at least 750,000 b/d by 2025. The country’s GDP is projected to grow 86 percent in 2020. This is by far the most dramatic and rapid economic transformation that any country in the Western Hemisphere has ever experienced.

As Guyana moves into this new period of increasing national affluence, the country will face the challenge of deciding how best to put its new resources to work for the good of the entire population.

Taking full advantage of this opportunity will require a level of political consensus and social stability that has often been lacking in Guyana in recent decades. The long-standing ethnic and racial rivalry and widespread distrust between the Afro-Guyanese and the Indo-Guyanese populations have characterized the country’s politics and party competition for many years—the Afro-Guyanese align with the APNU/AFC and the Indo-Guyanese with the PPP/C.

The country’s newly discovered natural resources have only increased fears that an electoral victory by one side or the other will lead to a disproportional distribution of wealth along party and ethnic lines.

The possibility that no party will win a simple majority in the increasingly fragmented party structure of Guyana makes a broad coalition negotiation more necessary to permit the formation of a government.

Some experts on Guyanese politics are already calling for a power sharing arrangement between the APNU/AFC and the PPP/C as the only way to protect against a continuation of the country’s long-standing history of ethnic competition. The last outcome that the country needs at this critical point in its economic development is a continuing political and policy stalemate like that experienced since December 2018.

Irrespective of the election outcome, the Guyanese people and their political representatives should renew in a serious and deliberate manner past efforts to address the ethnic and racial divisions that have plagued the country and to work toward a broad consensus over how best to manage its newly found resource wealth for the good of all Guyanese.

Michael A. Matera is a senior fellow and director of the Americas Program at the Center for Strategic and International Studies (CSIS) in Washington, D.C. Maripaz Álvarez is an intern with the CSIS Americas Program.