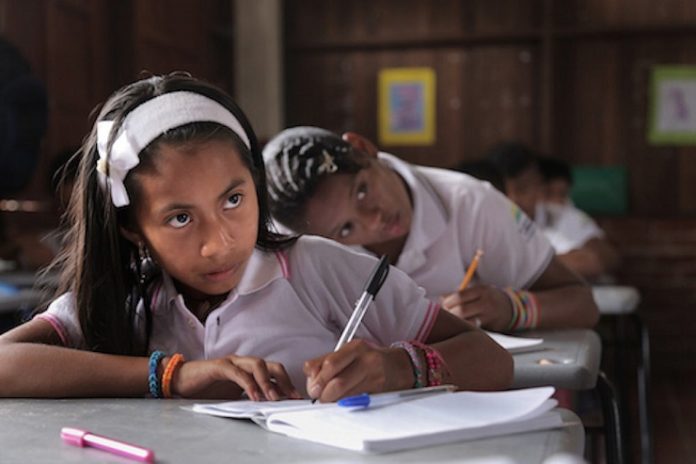 GEORGETOWN, Guyana – Nineteen teachers will soon begin training which will equip them with the necessary skills to teach English as a second language to children of Venezuelan migrants who’ve travelled to the Caribbean Community (CARICOM) country to escape hardship in the Spanish-speaking nation.

The Government through the Ministry of Education said it has been working with the Office of the United Nations High Commissioner for Refugees (UNHCR) to develop educational interventions, which will improve the learning and communication skills of these children. Eight communities in Region One are expected to benefit from this initiative.

UNHCR representative on the Multi-Stakeholder Committee, Cecilie Guerrero made this announcement at yesterday’s stakeholder meeting, which was held at the Department of Citizenship. The Committee is tasked with monitoring the arrival of Venezuelan migrants into Guyana.

Guerrero informed the Committee that 17 teachers from Region One and two from Georgetown will gather in Mabaruma later this week for the training, which will last until the end of the month. The two Georgetown-based teachers, she said, will be trained to be trainers. These teachers will be tasked with training their colleagues when and wherever the need arises.

The Committee was informed too that the Canadian based facilitator, who will be conducting the training, arrived in Guyana earlier in the day.

So far, in excess of 800 Venezuelan children are enrolled in schools.

Meanwhile, the United Nations Children’s Fund (UNICEF) is working along with the Guyana Water Incorporated (GWI) to implement a Water, Sanitation and Hygiene (WASH) project, which focuses on the provision and storage of water, sanitation and hygiene promotion interventions in six communities in Region One.

As part of this project, a 100-metre well will be drilled at Whitewater, Region One, to provide water on a consistent basis to residents. This will complement the rain water harvesting tanks, water storage facilities and portable water filters, which have already been handed over to the communities.

Given the positive impacts made in Barima-Waini through the pilot project, the two entities are now looking to roll out the project in Cuyuni – Mazaruni (Region Seven). It will target three communities in its initial phase: Eteringbang, Arrau and Kurutuku.