PORT-AU-PRINCE, HAITI – Wails filled a church in Haiti’s capital on Tuesday during funeral services for five people killed in anti-government protests that began more than two months ago.

Among those killed was 15-year-old Jasmine Pierre, whose father told The Associated Press that she was hit inside their home by a stray bullet when police began firing at protesters.

“This really hurts,” said her father, Macene Pierre. “I lost my little girl. I don’t know what I’m going to do.”

Hundreds of people attended the funerals for Pierre and four men, three of whom were allegedly shot by police while participating in the protests.

The fourth victim, 25-year-old Bernard Vaudreuil, was working as a moto taxi driver when he was shot, said cousin Marie-Ange Laroche.

“He was not involved in the turmoil,” she said. “He was just trying to survive.”

More than 40 people have been killed and dozens injured in more than two months of demonstrations organized by opposition leaders demanding the resignation of President Jovenel Moise amid anger over corruption, ballooning inflation and a scarcity of basic goods.

The protests have shuttered many businesses and schools across the country as Moise continues to urge dialogue after stating he won’t resign.

The mourners joined a small group of protesters after church services as some of them jogged down the street with one casket while tires burned around them. Among the mourners was Guerline Jeremie, a mother of two whose husband, Desir Jean Belleville, 34, was killed last week.

“We want justice for them,” she said of those who died. “I don’t know exactly what I’m going to do to feed these kids.”

The United Nations has said that 3.7 million people in the country of nearly 11 million lack access to enough food amid the political turmoil, and that the number is expected to reach 4 million early next year. 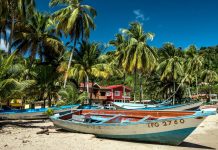 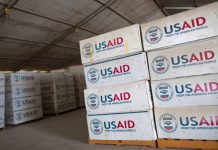 US Pledges $700,000 to Jamaica Emergency Response 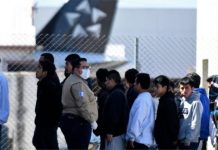 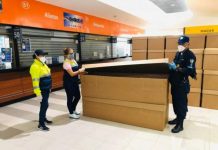 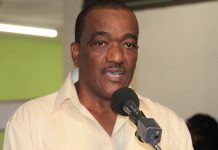 Barbados Bound Ventilators Seized by US