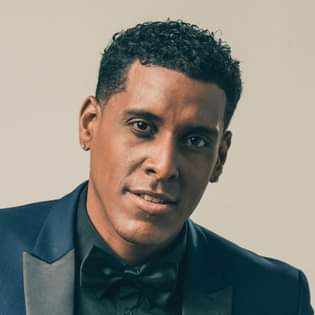 Videos on social media show him performing, then suddenly turn and begin making his way towards the back of the stage, where he fell in full view of spectators

Haitian singer Mikaben died in the middle of a concert in Paris on Saturday night from a suspected heart attack, shocking fans who saw him collapse as he made his way off stage.

The singer, whose real name is Michael Benjamin, was appearing at the 20,000-capacity Accor Arena in eastern Paris as a guest of Haitian group Carimi.

He “died after suffering a seizure on stage and despite the efforts of emergency services,” the venue announced on Twitter.

Videos on social media show him performing, then suddenly turn and begin making his way towards the back of the stage.

He collapses in full few of spectators, with the music then stopped and medics called.

“We have lost a major figure in Haitian music.”

Haiti-born rapper Wyclef Jean, of the hip hop group The Fugees, called him “one of the most influential and inspirational young artists of our generation” in an interview with The Miami Herald newspaper.

Mikaben, son of famed singer Lionel Benjamin, was born in Haitian capital Port-au-Prince in 1981 and was well-known in the local music scene as a singer, writer and producer.

He featured in several Cairimi hits, including “Baby I Missed You” and “Fanm sa Move”.

Smiling and thanking fans, he posted a video to his more than one million followers on Instagram from inside the Accor arena on Saturday before the concert.

His wife Vanessa, who is pregnant, posted a message thanking people for their prayers but asking them not to call her.

“I’m in no condition to talk. I lost my other half and have no words,” she wrote.