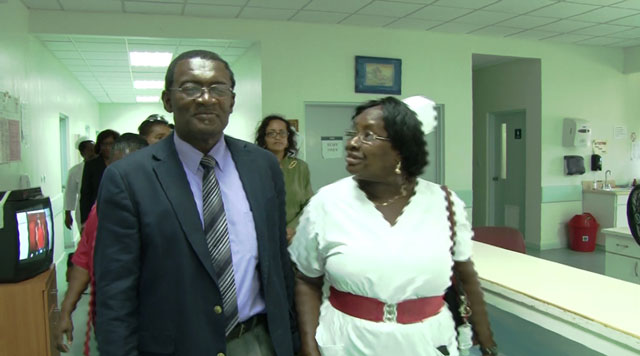 Basseterre, St. Kitts-Minister of Health the Hon. Eugene Hamilton has praised the commitment of healthcare providers in St. Kitts and Nevis throughout 2016.

Mr. Hamilton spoke at a Christmas program held at the Pogson Medical Centre in Sandy Point where he noted the nurses were fulfilling the wishes of Jesus Christ.

“We give thanks to all those who have dedicated themselves throughout the year and have given their best to serve the people of St. Kitts and Nevis,” Hamiltion said.

“By your own acts during the entire year, you are fulfilling what Christ calls us to do. The fact that this institution provides that service for people who are sick, you are responding to the command of Christ Himself,” he said.

The Health Minister added that despite the challenges the healthcare sector has faced, there had also been many successes to celebrate.

“It was only very recently that we opened two facilities to provide services in the Federation. We opened the oncology unit and the mental health facility,” he stated noting that “one of the greatest successes that we have had is our people, those who dedicate themselves to delivering services to the nation.”

He lauded the contribution of Cuba to healthcare delivery in St. Kitts and Nevis.

“Many of the people in who work in this Ministry were trained in Cuba, nurses and doctors alike,” he added.

“Fidel has indeed not only served the people of Cuba but the people of region as well as Africa. So I want to acknowledge Cuba and acknowledge the contribution Cuba has made to the development of St. Kitts and Nevis,” he said.

Hamilton declared that in 2017 his ministry will do more to ensure that the quality of service delivered responds to the needs of the people of St. Kitts and Nevis.

“As we approach 2017 however we are going to do much more to ensure the service quality that we deliver responds to the needs of the people of St. Kitts and Nevis,” he said.

“Make no mistake, the idea is to ensure that the point of service in the institutions help to prevent renal diseases by doing early testing in all of our institutions because of universal health care to change the way we do things so that there is early detection and monitoring of things to reduce the incidence of chronic diseases,” he said. 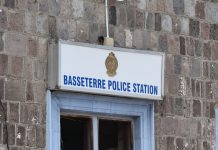