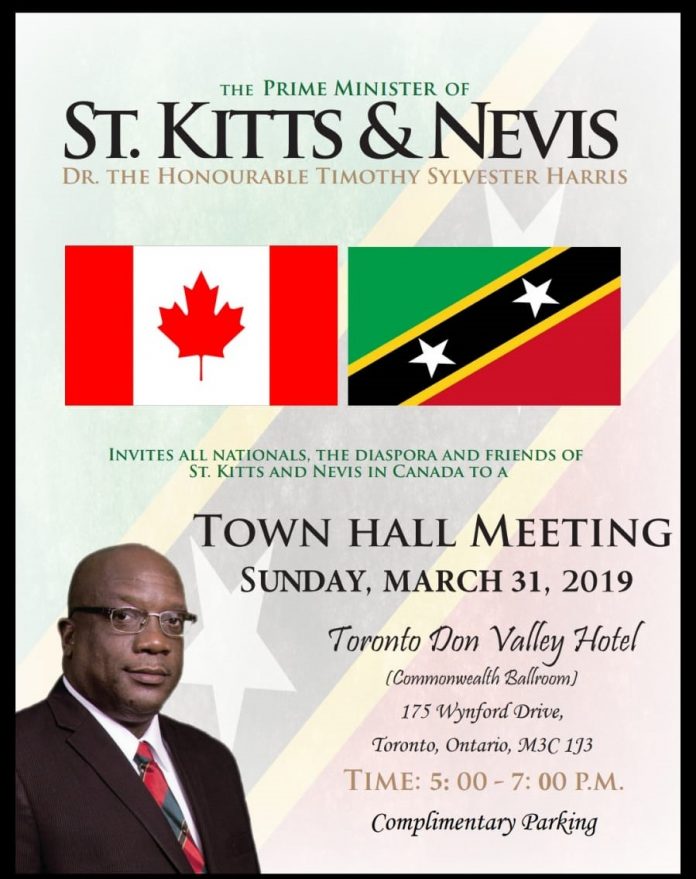 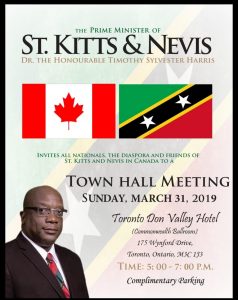 Prime Minister Timothy Harris is expected to host a town hall meeting in Toronto on Sunday.

During the meeting held in the Canadian province of Ontario, Harris will likely update hundreds of Kittitians and Nevisians living in Toronto, Ontario, of the many positive developments taking place in the twin island Federation.

Harris will be accompanied by Sherry Tross, St. Kitts and Nevis’ High Commissioner to Canada, and Andrew Skerritt, Permanent Secretary in the Office of the Prime Minister.

Harris is expected to comment on the progress of the various capital projects being pursued including the $69 million dollar island main road rehabilitation project and the construction of the second cruise pier, both of which came to fruition as a result of the prudent fiscal management of the country’s resources by the Team Unity administration.

Sunday’s event in Toronto comes in the midst of a series of Community Consultations town hall meetings being held across St. Kitts and Nevis by the Team Unity Government as part of its efforts to promote transparency and good governance.