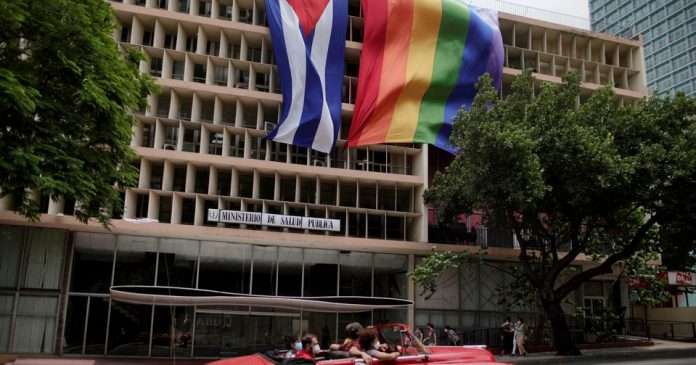 Cuba draped its health ministry with a giant rainbow flag on Monday to mark International Day against Homophobia, in a key year for LGBT+ rights as the Caribbean country decides on a new family code that could approve same-sex marriage.

Cuba, which sent gays to correctional labor camps in the early years after its 1959 leftist revolution, made considerable advances in LGBT+ rights in the 2000s and 2010s, despite the widespread persistence of machismo.

Forced to suspend the conga this year due to the COVID-19 pandemic, Havana added a touch of gay pride through the giant rainbow flag instead. Authorities say they will project the flag onto two colonial castles in Old Havana at night as well.

“I never thought I would live to see the flag of the sexual diversity movement hung next to the Cuban one on such an important institution as the health ministry,” said Teresa de Jesus Fernandez, coordinator of the national network of lesbian and bisexual women, after posing for a photo with the flag.

Cuban President Miguel Diaz-Canel, who as a young provincial leader bucked party orthodoxy by backing an LGBT-friendly bar, wrote on Twitter on Monday the country was committed to guaranteeing all rights for all people. 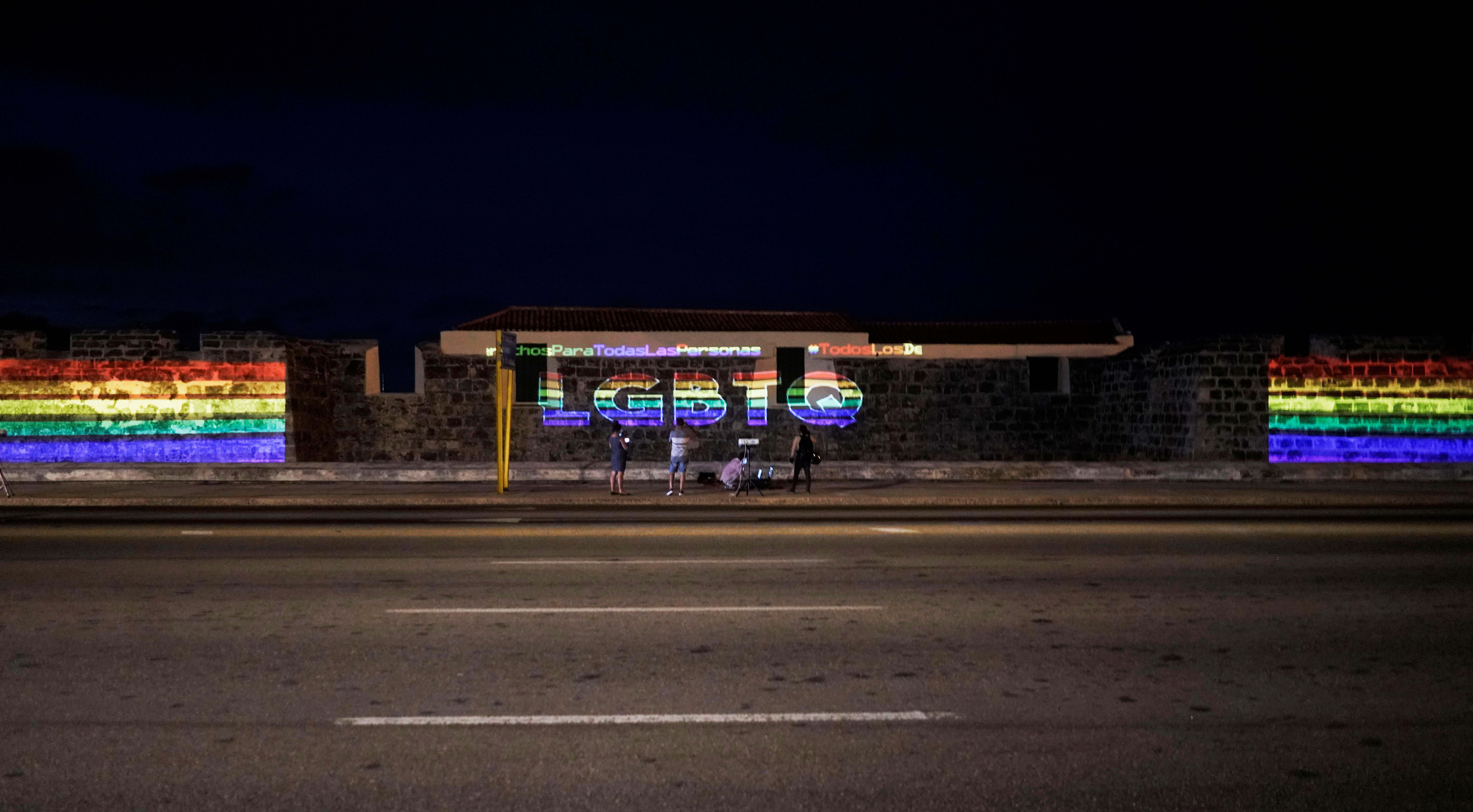 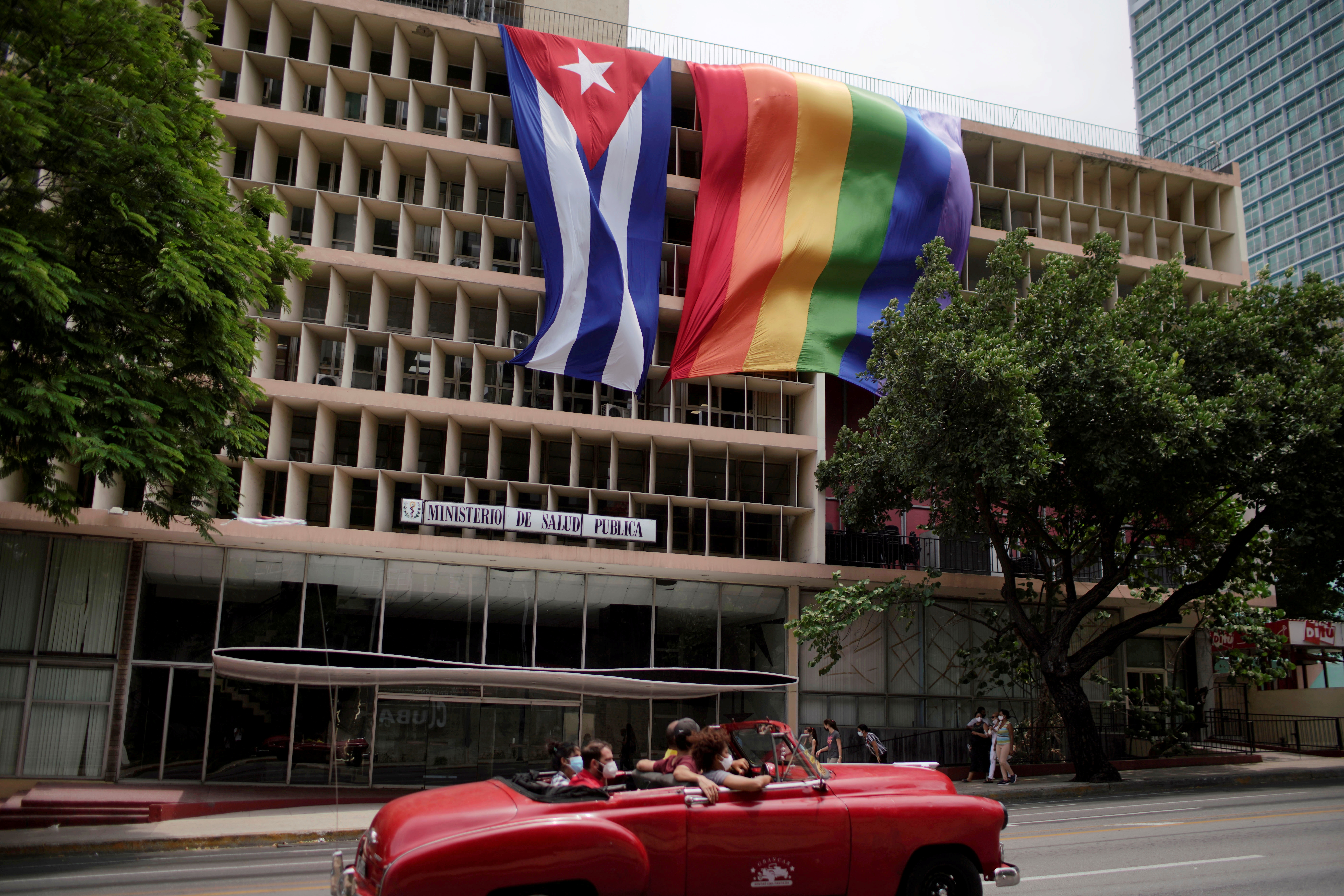 People pass in a vintage car in front of a rainbow flag hanging beside a Cuban flag at the Health Ministry building in Havana, Cuba, May 17, 2021. REUTERS/Alexandre Meneghini

Many members of the LGBT+ community say, however, they have been frustrated by a slowdown in the pace of change in recent years while a handful of other Latin American countries have moved forward with approving gay marriage.

Activists were further irked by the 2018 decision to withdraw an amendment to Cuba’s new constitution that would have opened the doorway to same-sex unions after campaigning by evangelical churches.

Authorities decided instead for the controversial issue to be determined in the update to the family code, a draft of which is slated to be unveiled at parliament’s July session, before it is eventually submitted to a referendum.

“We’ve already made it this far,” said LGBT+ activist Yasiel Valdes Girola, referring to the flag outside the health ministry. “What remains is for the new family code to recognize the legal union between two people, regardless of gender or sex, and the opportunity to build a family.”

Some LGBT+ activists complain that bringing about change in society has been complicated by the fact that grassroots campaigning outside state institutions is at best tricky in Cuba, and at worst causes run-ins with Communist authorities.

Two years ago there was a schism in the LGBT+ community when a small group of activists held an independent gay pride march, which eventually was dispersed by police. Authorities denounced it as an attempt to undermine the government.

Meanwhile, churches that oppose gay marriage have powerful platforms for spreading their message which they wielded to their advantage during the constitutional revamp, gathering signatures for a petition against the article that would have opened the door to gay marriage and railing against it at church gatherings.