MEXICO CITY, May 10 (Reuters) – Karla Rios held up a banner with pictures of her sister and niece at the Mexican capital’s monument to mothers on Tuesday – just two among thousands of people in Mexico who have disappeared in recent years without trace, leaving anguished relatives without answers.

Rios said her two family members were last seen in 2017, in the northern city of Torreon.

Hundreds like Rios turn out every year to draw attention to missing relatives on May 10, Mexico’s Mother’s Day. Chants of “we will never stop searching for you” rang out near the monument.

For decades, Mexico has been convulsed by rampant gangland violence, leading to high murder rates as well as a long-running kidnapping racket in which numerous victims never turn up. Police and other government officials are often implicated in the crimes.

Since 1964, some 100,000 people have disappeared without trace in Mexico, according to government data.

Ana Maria Salas Ramos, the sister of Ramiro Salas Ramos, a 25-year-old graduate student when he was last seen in 1978, has been hoping for a miracle for decades. 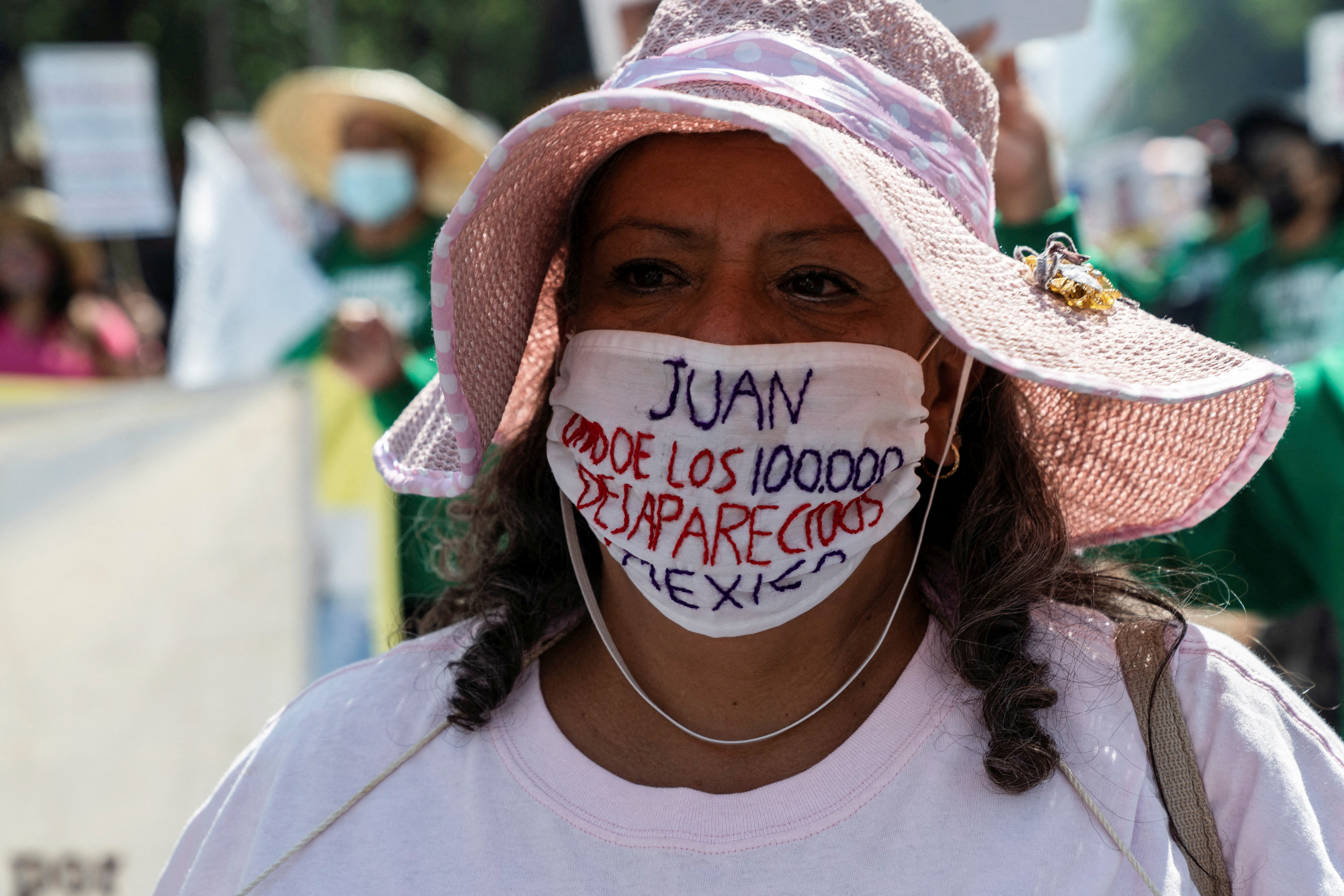 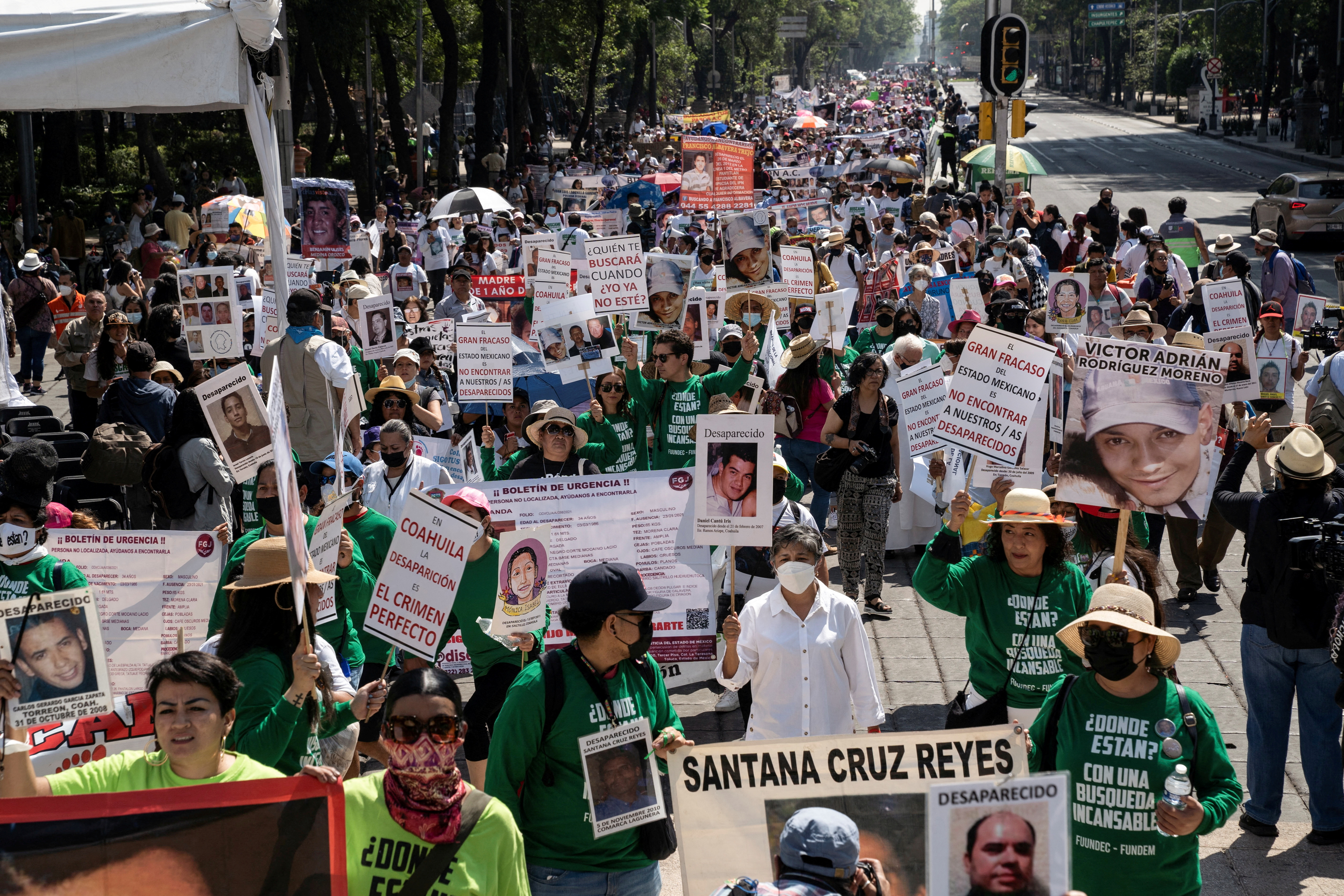 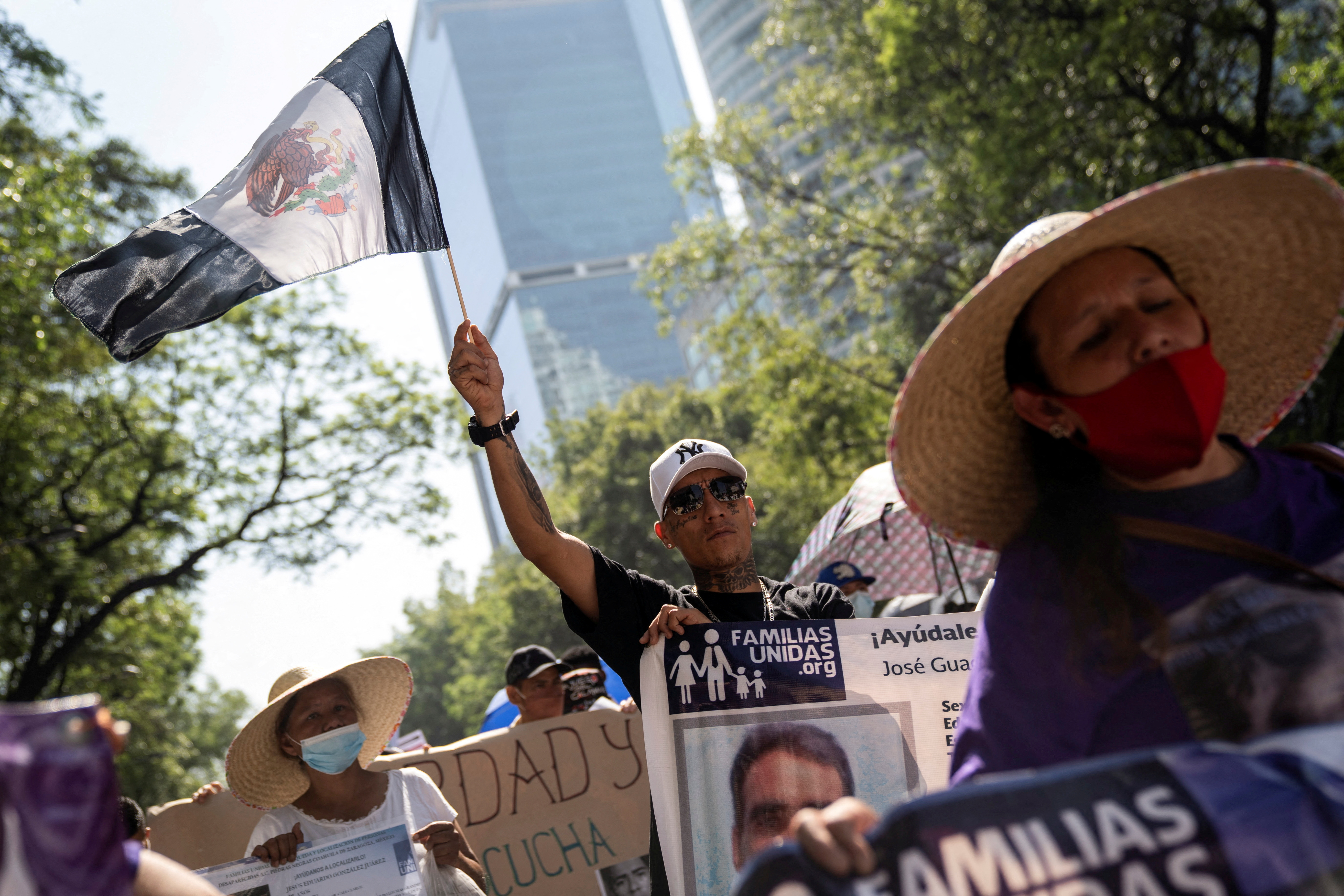 Families of disappeared people take part in a protest demanding truth and justice for victims on Mother’s Day, in Mexico City, Mexico May 10, 2022. REUTERS/Toya Sarno Jordan

She told Reuters she will carry on the search started by her parents, who died without ever finding their son.

“My mother had not painted her house because she was hopeful that her son would still find them by remembering its original color,” she said.

Both Rios and Salas Ramos lamented stalled investigations into their loved ones’ disappearances.

Others expressed solidarity with those who were grieving.

Ana Garcia, 64, said that no family member of hers had disappeared, but that she joined the protest each year to implore the government to do more.

“The missing belong to us all, even if it isn’t my son, my brother – all the missing are ours,” she said.