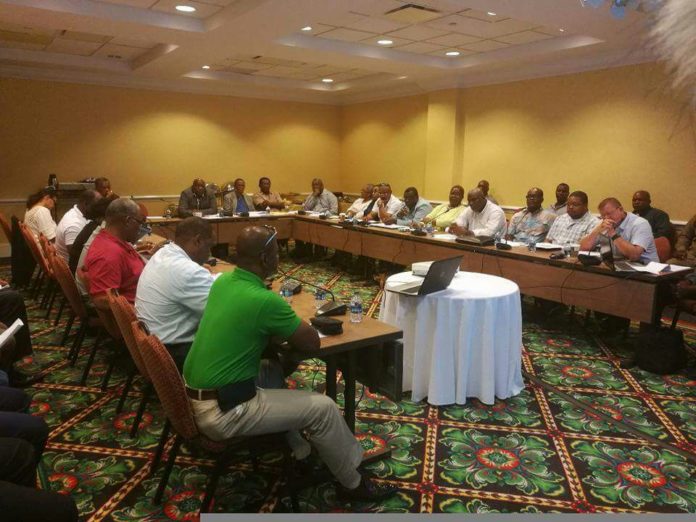 Basseterre, St. Kitts – During a meeting held at the St. Kitts Marriott June 24, the high command of the security forces updated the minister of national security, Prime Minister Dr. Timothy Harris, and members of his cabinet with respect to the state of law and order in the federation and the initiatives that have been put and are being put in place in order to reduce and prevent crime.

Ian Queeley, the commissioner of the Royal St. Christopher and Nevis Police Force (RSCNPF), led a delegation from the policing organization at the strategic and tactical levels at the meeting, said a press release. He said that the federation on a whole has made significant strides for the year thus far with respect to an improved crime-detection rate in general and in particular with homicides when compared to last year around the same period.

The police outlined a number of measures that are to be pursued with renewed energy and consistency in the coming days with ongoing collaborative efforts that will take place with strategic units of the St. Kitts and Nevis Defence Force. The police remain confident that with greater support from the pubic, better results would be achieved. The police also updated the cabinet about its draft strategic plan on the disruption and displacement of gangs. 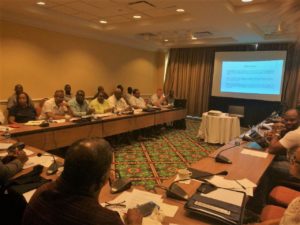