Basseterre, St. Kitts – On Tuesday, the Team Unity coalition was vindicated in the five-year-old “Motion of No Confidence cases” when Her Ladyship the Honourable Justice Pearletta Lanns handed down her decision in favour of the claimants.

The two civil cases, which considered the same issues, stemmed from Dec. 11, 2012, when then-leader of the Opposition, the Hon. Mark Brantley, lodged with the clerk of the National Assembly a Motion of No Confidence in the Douglas-led administration.

Brantley and his Team Unity colleagues, who were also at the time members of the Federal Opposition, requested that the Motion of No Confidence be placed on the Order Paper so that it could be debated in the Parliament. Their requests were ignored by then-Speaker of the House, the Hon. Curtis Martin, which resulted in the claimants bringing the Motion of No Confidence cases before the St. Kitts Circuit.

For more than two years prior to the 2015 general elections, the Motion of No Confidence was never tabled, which deprived the Parliamentarians of the opportunity to debate and vote on it in the Federal Parliament.

Douglas Mendes S.C. of Trinidad was lead counsel for the claimants and Anthony Astaphan S.C. of Dominica was counsel for the former Speaker of the National Assembly, while Solicitor General Simone Bullen-Thompson represented the Office of the Attorney General. 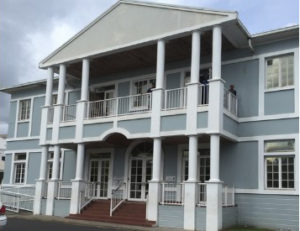