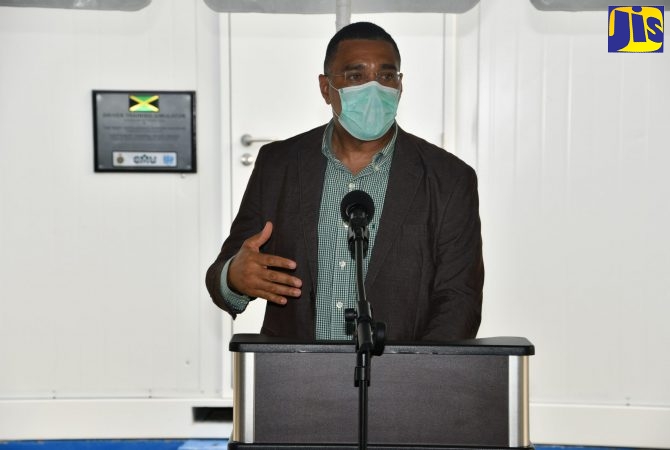 KINGSTON, Jamaica–December 1st, 2020–Prime Minister Andrew Holness is calling on countries which traditionally provide aid to other countries, especially Small Island Developing States, not to cut back on their international aid budget.

The Prime Minister’s comments come as reports out of the United Kingdom suggests that the European nation is set to cut its international aid budget by a third. He pointed out that this is coming at a time when the global economy is in recession, poverty is increasing and climate related shocks are having devastating impacts on countries.

Prime Minister Holness went on further to say, that small Island developing states should be spared any cuts to ensure that they are able to continue critical climate resilience and poverty reduction projects.

In that regard, Prime Minister Holness called for greater consideration in these matters.