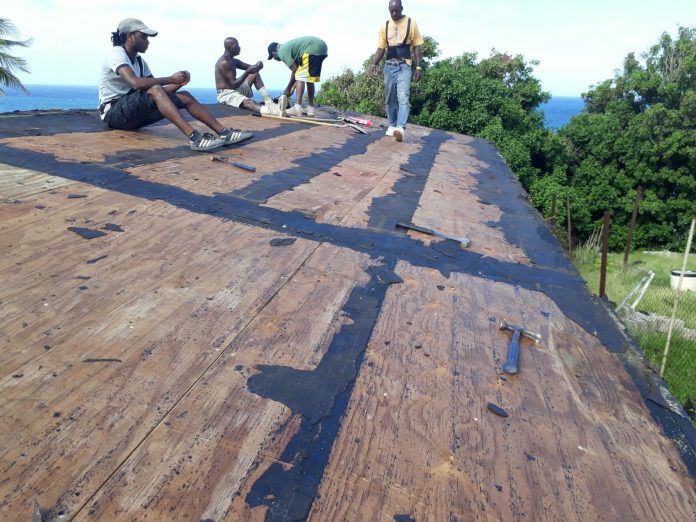 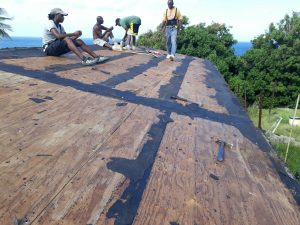 BASSETERRE, St. Kitts – Homeowners throughout the length and breadth of St. Kitts are thanking and praising the government for coming to their rescue in repairing their roofs that were damaged during the 2017 Atlantic Hurricane Season.

The ongoing Government’s Home Assistance Programme is being executed out of the Office of the Prime Minister with support and guidance from the Ministries of Social Development and Sustainable Development.

“I am so grateful for this new initiative that this government has implemented to restore not only my roof in Middle Island, but the whole nation as a whole,” said Petrona Thomas.

“I definitely want to say thank you to the government for helping with my roof after the hurricane,” said Cozel Browne of Keys Village, while noting the intervention was needed because of the present hurricane season. “We greatly appreciate what they are doing for the community of Keys.”

There were 1,114 reported cases of homeowners whose roofs suffered damages due to the ravages of hurricanes Irma and Maria, according to figures from the National Emergency Management Agency (NEMA).

Arlene Sharry-Phipps of Molineux Village is another homeowner who is delighted with the government’s much-needed help. “I am so happy that the prime minister looked out for me to help me fix my roof because my house was mouldy from after the hurricane,” she said.

Another property holder thanked the government for its assistance, saying that Team Unity helped with with half the labour cost since he already had the materials.

Through the home assistance project, the government is providing roofing materials and the financing of labour costs to those who were affected. The work is being carried out with the engagement of several small contractors within the beneficiary communities. To date, all communities on the island have benefited, bringing much needed relief to the discomfort of several families with leaky roofs susceptible to the natural elements, while at the same time creating job opportunities for young people.

John Lawrence, an older resident of Harris Village, didn’t have much to say except “I want to thank the government for repairing my roof and hope for the best.” he said. “Thank God for them.”