BASSETERRE, St. Kitts – Homeowners in St. Kitts and Nevis, who are in arrears on their property taxes with the Inland Revenue Department (IRD), are being encouraged to take advantage of an extended amnesty programme announced by the Government earlier this month.

Prime Minister and Minister of Finance, Dr. the Honourable Timothy Harris, while speaking at his most recent press conference on July 17, revealed that his Team Unity Cabinet made the decision to extend the amnesty on property tax following a request by the Comptroller of the Inland Revenue Department, Mr. Edward Gift.

“So the property tax amnesty will now end at the end of August 2018. This is intended to save tax payers interest and other charges on the arrears of taxes,” Prime Minister Harris said. “We hope taxpayers will comply with the tax laws and pay their taxes on time going forward.”

At an event in late June to signal the relocation of the Inland Revenue Department to the John Gumbs Building on the Bay Road, Prime Minister Harris underscored the importance of healthy revenue collections by the different agencies of the state, particularly the IRD, to the continued development of the twin island Federation.

Importantly to note, is that the Government has witnessed a significant increase in tax collections in the country over the period 2015 to 2017, with the highest level of tax compliance being witnessed in 2017. 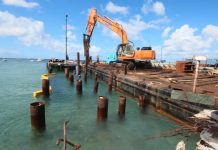 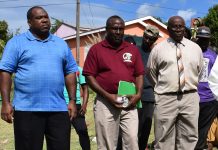 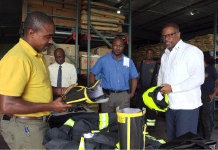