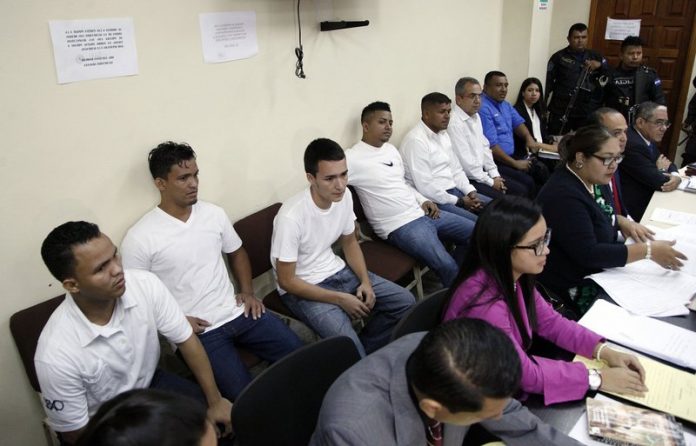 TEGUCIGALPA, Honduras (AP) — A Honduran court sentenced seven people to prison terms of up to 50 years Monday for the 2016 murder of indigenous and environmental rights activist Berta Caceres.

The seven men were convicted in November 2018 for the attack, which left Caceres dead while another activist survived.

Four men — Elvin Rápalo, Henry Hernández, Edilson Duarte and Oscar Torres Velásquez — were sentenced to 34 years for the murder and 16 years for attempted murder. The country’s Sentencing Tribunal gave three others prison terms of 30 years for their roles, including an army officer, an ex-soldier and a manager of the dam project Caceres opposed.

Caceres was shot inside her home in La Esperanza in western Honduras one year after winning the Goldman Environmental Prize for her leadership against the Agua Zarca hydroelectric dam project. The project was suspended following her death.

Roberto David Castillo Mejia, who was executive president of the company leading the construction work, DESA, when Caceres was killed, is accused by prosecutors of organizing the logistics of the killing. That case continues.

The company has denied Castillo and its other employees were connected to the murder.

Caceres had been threatened before and as early as 2009 the Inter-American Commission on Human Rights had ordered protective measures for her safety. Other members of her group had also been killed. The gunmen who killed Caceres also wounded Mexican activist Gustavo Castro Soto, who was at the home that night.