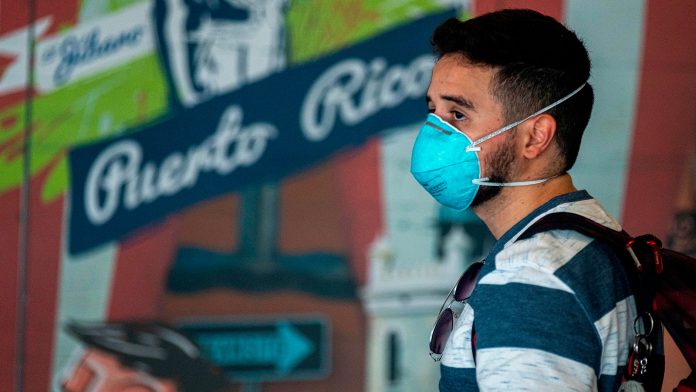 Puerto Rico has experienced a whirlwind of public health crises in the last few years. In 2017 Hurricane Maria left roughly 3,000 dead and thousands more displaced, making the island something of a patient zero for a world in which warmer global temperatures produce ever more deadly disasters.

Then, this January a series of disastrous earthquakes once again put the U.S. territory’s strained infrastructure to the test. Now the new coronavirus has reached its shores.

Puerto Rican Governor Wanda Vázquez signed an executive order on Sunday to shut down the majority of businesses on the island (supermarkets, pharmacies, gas stations, and banks are exempt) and impose a 9 p.m. to 5 a.m. curfew through March 30. People who violate the lockdown order could face a fine of up to $5,000 or six months in jail. The move comes as Puerto Rico confirmed five COVID-19 cases on the island in the last few days.

“We already have a fragile social fabric, because we’ve had to experience a great number of shocks” in recent years, said Christine Nieves, co-founder and president of the nonprofit Emerge Puerto Rico (and member of the 2018 Grist 50). “Now, we have a situation where we have to remain indoors, but there are negative side effects to that. In particular, older people alone at home could be potentially put in a situation where no one is checking in.”

More in this series
Will the pandemic derail the global climate talks?
Should I travel home to quarantine with my family?
One more way the world wasn’t prepared for coronavirus: Air pollution

More than 20 percent of Puerto Rico’s population of nearly 3.2 million is 65 or older — an age cohort that is particularly at risk for severe and fatal COVID-19 infections. The island’s health infrastructure has not yet fully recovered from the shock of Hurricane Maria, when insufficient power and fresh water compounded patients’ suffering even after they had been admitted to the hospital.

Puerto Rico is also still grappling with the aftermath of the January earthquakes that destroyed three major hospitals and sent thousands of frightened people in the southern part of the island to camp outdoors, making them more vulnerable to the spread of illness — including the novel coronavirus. Nieves told Grist that the government still has not restored feasible housing options for people in the camps and that many of them are still living precariously in makeshift tents out in the open. (Puerto Rico’s Department of Health did not respond to requests for comment.)

“It’s been three years of nonstop shocks,” said Nieves. “People are tired. They are burnt out, and their immune systems are likely low, because they’re not taking care of themselves.”

The pandemic is also decimating tourism, a major component of the island’s economy. On Tuesday, Governor Vázquez demanded that the Federal Aviation Administration suspend all domestic and international flights to the island for 14 days and let her shut down airports.

It’s a new test for the island’s government. The Vázquez administration has been criticized for not acting swiftly enough as soon as the virus escalated in the mainland U.S. and (perhaps unfairly) for not more quickly obtaining test results from the Centers for Disease Control and Prevention in Atlanta, Georgia, after a few suspected cases initially emerged. Meanwhile, Puerto Rico’s health secretary, Rafael Rodríguez-Mercado, resigned last Friday.

“Frankly, the government has been so negligent in responding,” said Nieves. “Our biggest bet right now, the one thing that we’re holding on to, is that the virus doesn’t spread because of our island’s temperatures.”

But Nieves noted that, unlike the common flu — which peaks during the winter season and then dies down as temperatures warm — it’s not yet known how the novel coronavirus fares in warmer temperatures.

Regardless of the circumstances, Nieves sees the nascent outbreak as an opportunity to step back and reflect on what Puerto Ricans have learned from previous disasters.

“The coronavirus does present a stop in rebuilding,” she said. “But it also presents a window of reflection, because not necessarily being fast and efficient can get us to where we want to go — so it’s a great opportunity and a great moment to consider what kind of world we are rebuilding for.”