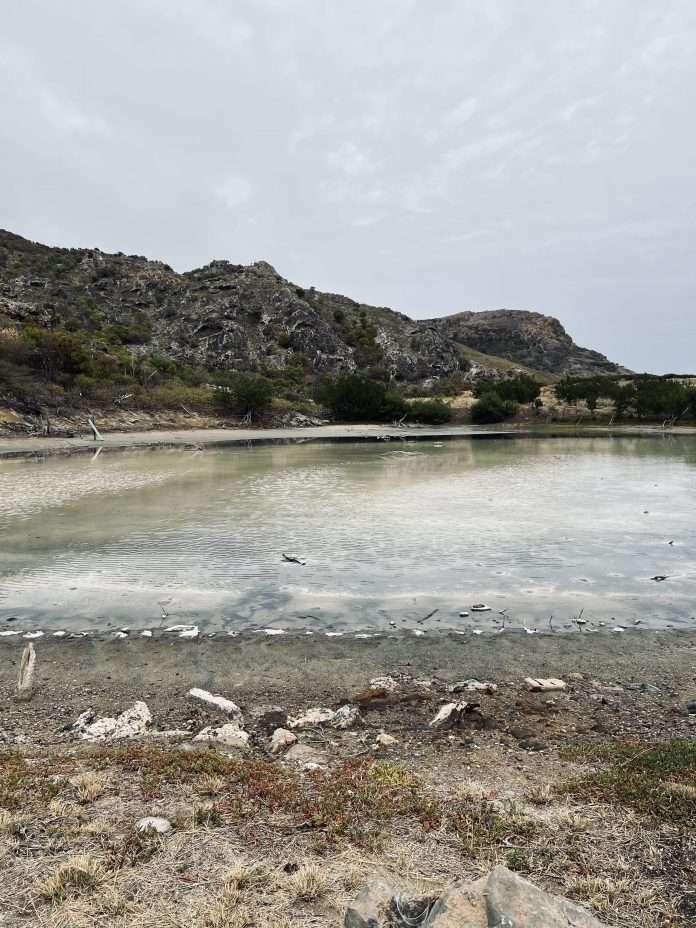 As most Kittitians know, the French island of St Barths is easily visible from St Kitts’ northeastern coastline. And, until 1972, the exportation of sea salt was an important industry for St Barths, which for centuries had not only been a major factor for trade between the two islands., but contributed to the preservation of unique cultural ties between the French and British dating back hundreds of years. The name of St Kitts’ capital, Basse Terre, is proof of that.

Harvesting of salt in St Barths finally ended in the early 1970’s, by which time upscale tourism by celebrities and billionaires from all over the world had become the island’s main industry.

A few months ago, I visited St Barths for the first time in several years. And I was fortunate enough to meet an old friend from my aviation days, Bruno Magras, the President of the Collectivity of St Barths, who graciously offered to drive me to the island’s salt pond at Pointe Saline and share some of its fascinating

history. One of the surprising things, he explained, was that there has always been an acute shortage of rain water in St Barths. There have even been occasions when tanker ships have had to bring water to the island. 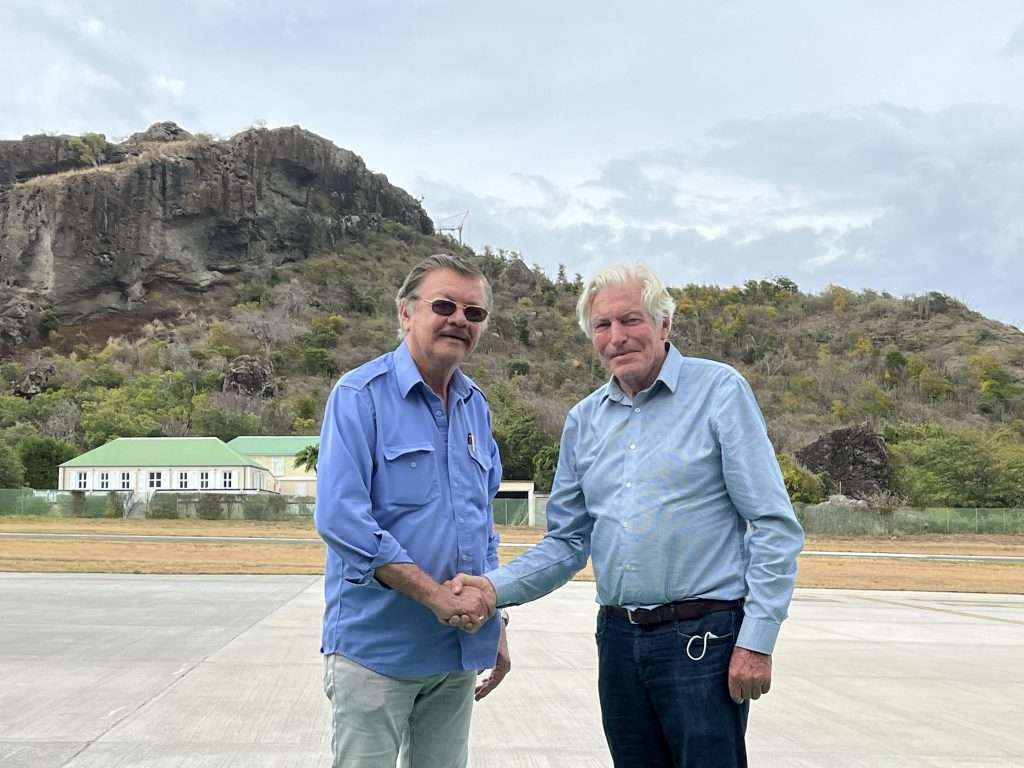 Until the late 1800s, the salt was exported to other islands using sailing ships. When ships’ engines came into existence, the schooners were able to dock at piers, which made offloading much easier and reduced their expenses.

Finally, while going through the St Kitts Nevis telephone directory, I found the names Berry, Greaux, Battice, Bassue, Adolphine, Cannonier, Beaupierre, Audain, Baptiste, and Barthelmy. Others with identical names can be found in St Martin, Guadeloupe, Martinique, the US Virgin Islands, French Guyana, even as far away as Trinidad.