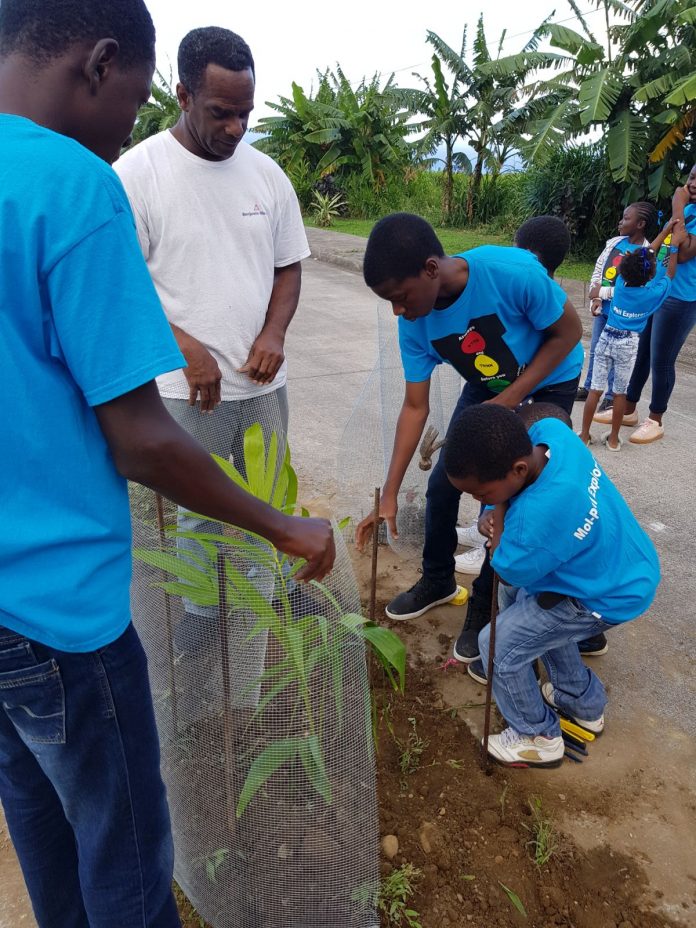 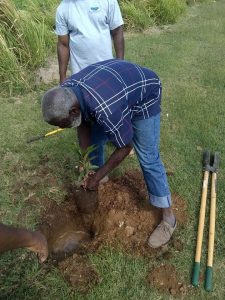 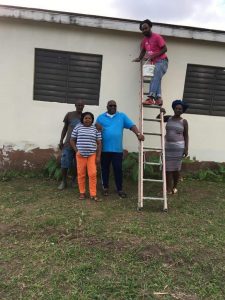 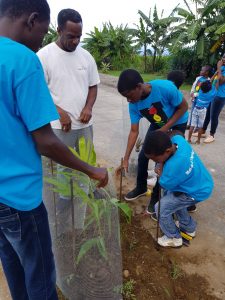 From press unit in the Office of the Prime Minister

BASSETERRE, St. Kitts – Volunteerism was given prominence Feb. 17 as hundreds of Kittitians and Nevisians of all ages got up as early as the crack of dawn to engage in activities that will enrich the lives of others and redound to the overall benefit of St. Kitts and Nevis.

These positive and uplifting activities conducted throughout communities across the federation form part of the National Volunteer Day initiative introduced by the Team Unity administration and form part of the extended week of activities commemorating the government’s third year in office.

Various community groups and organizations pursued projects such as beautifying areas within different neighbourhoods, planting trees, painting the homes of those in need and hosting special activities for the youth.

Government ministers also got their own hands involved by joining in the various selfless activities. In Constituency Seven, Prime Minister the Honourable Dr. Timothy Harris joined members of Mansion Community Group in repainting the home of a well-known resident of that community. The group, supported by the Parks and Beaches Unit, also cleaned the grounds of Estridge Primary School.

The Hon. Eugene Hamilton assisted members of the Keys Community Improvement Club in painting the home of Bernard Thompson, an amputee. Speaking on the importance of this day, Minister Hamilton, who is the parliamentary representative for that area, noted that “it is an initiative encouraged by the government throughout the entire country. It is part of our programme in the ministry to raise the quality of life of those who are poor and indigent. This is one such project, coming on National Volunteer Day, and it is one of those projects [that] helps to raise the quality of life of the people of St. Kitts and Nevis.”

Other Cabinet ministers also got involved in National Volunteer Day, including the Hon. Lindsay Grant, who led a cleanup campaign in Old Road, while the Hon. Ian Patches Liburd spent the day delivering lunches to a number of his constituents.

The first annual National Volunteer Day was capped off with a special luncheon for the elderly and indigent within society. A highlight of this activity was having government ministers and other high-level officials serve a nutritious lunch to those deserving members of society before socializing and interacting with the guests.

Through this initiative, the government of St. Kitts and Nevis is hoping citizens and residents work with the government to help build a culture that promotes civic identity, unity, service and responsibility.