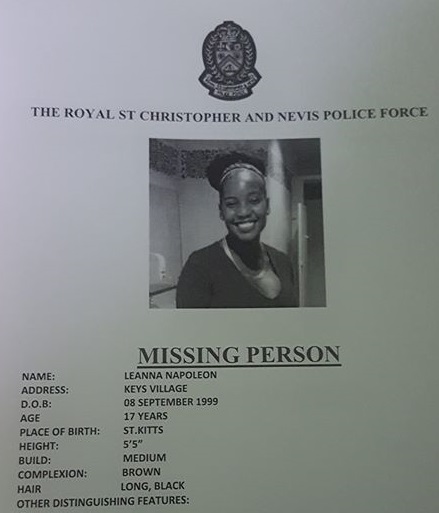 According to a Police report the teen was last seen on Monday at approximately 4:00pm in the vicinity of Fort Street.

Napoleon is of medium build, with brown complexion and long Black hair.

Police are urging individuals who are aware of the whereabouts of Napoleon to contact the Basseterre Police Station at 465-2241, any Police Station, Crime Stoppers at 1-800-8877(TIPS) or by sending a tip using the SKN CRIME REPORTER on your smartphone.