The storm, hitting Puerto Rico five years after Hurricane Maria devastated the island, ripped up asphalt from roads, swept away a major road bridge, closed airports, swamped cars and dumped rain in such quantities that some rivers were rising 20 feet in just hours, according to eyewitnesses.

“This has been catastrophic,” Puerto Rico Governor Pedro Pierluisi said at a news conference in the capital San Juan.

Carmen Yulín Cruz, the former mayor of San Juan, said on Twitter that many believed the rainfall was worse than Hurricane Maria in 2017.

The center of the storm made landfall on the southwestern coast of Puerto Rico near Punta Tocon at 3:20 p.m. ET (1920 GMT) with maximum sustained winds of about 85 miles (140 kilometers) per hour, clearing the threshold for a Category 1 hurricane, the National Hurricane Center said.

Power had begun to be restored to some areas by Sunday night, officials said, but reconnecting the whole island would take days.

Electricity had been out completely across the island of 3.3 million people, said LUMA Energy, operator of the island’s grid, and the Puerto Rico power authority.

At a news conference in the capital San Juan on Sunday night, LUMA spokesperson Abner Gomez said the entire electrical system had been shut down to protect its infrastructure. Some power was being restored, with priority given to hospitals and other critical community services, he said. 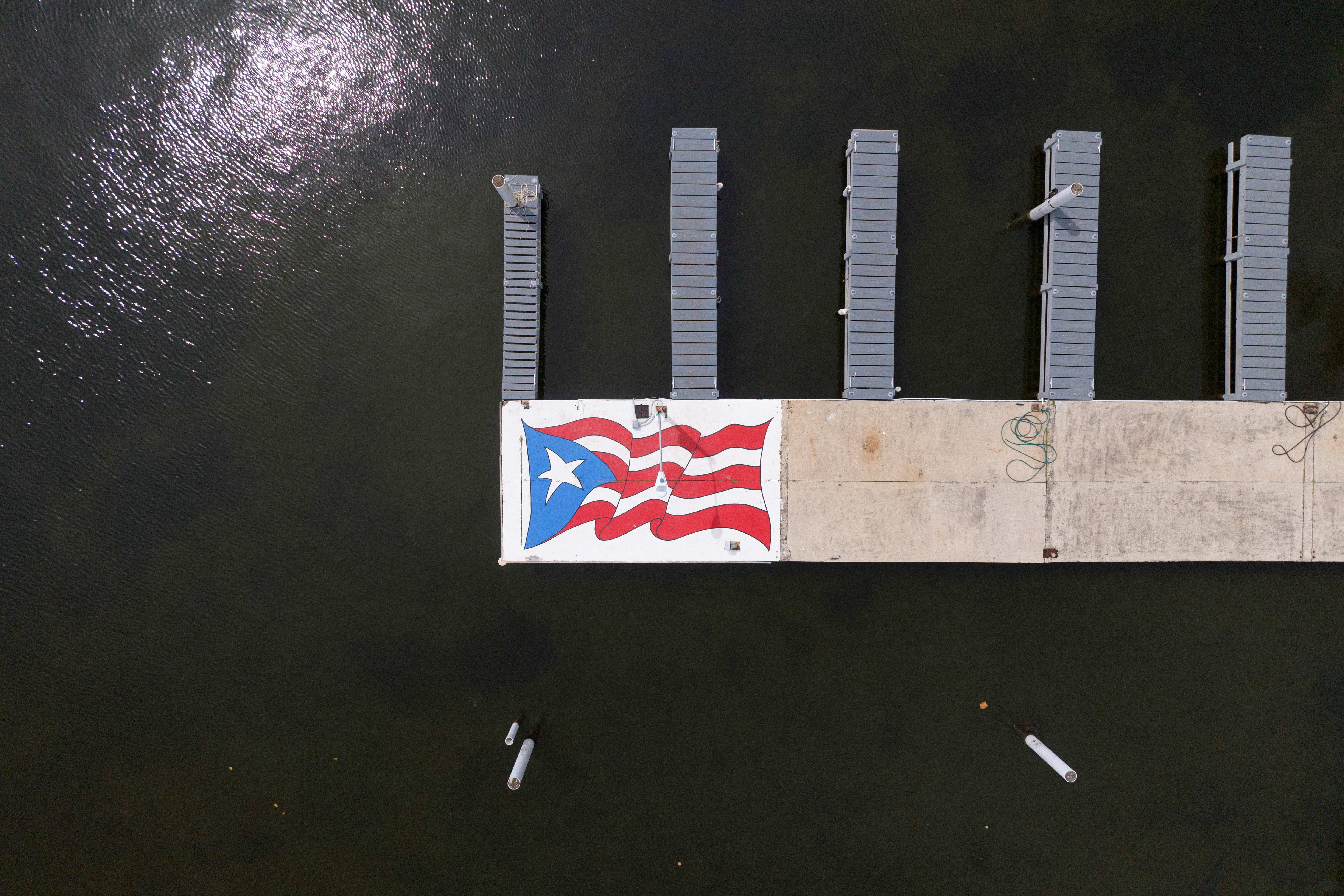 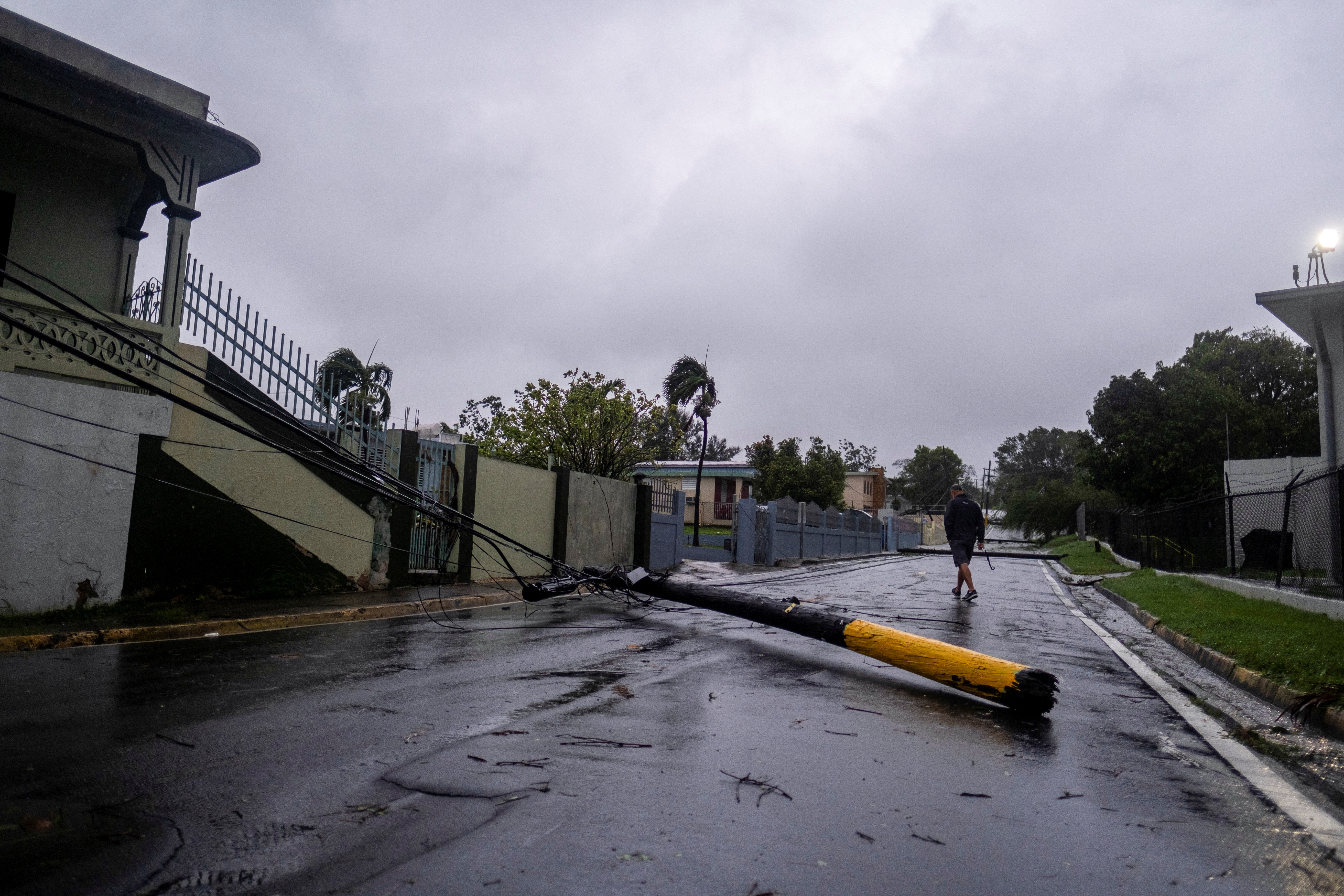 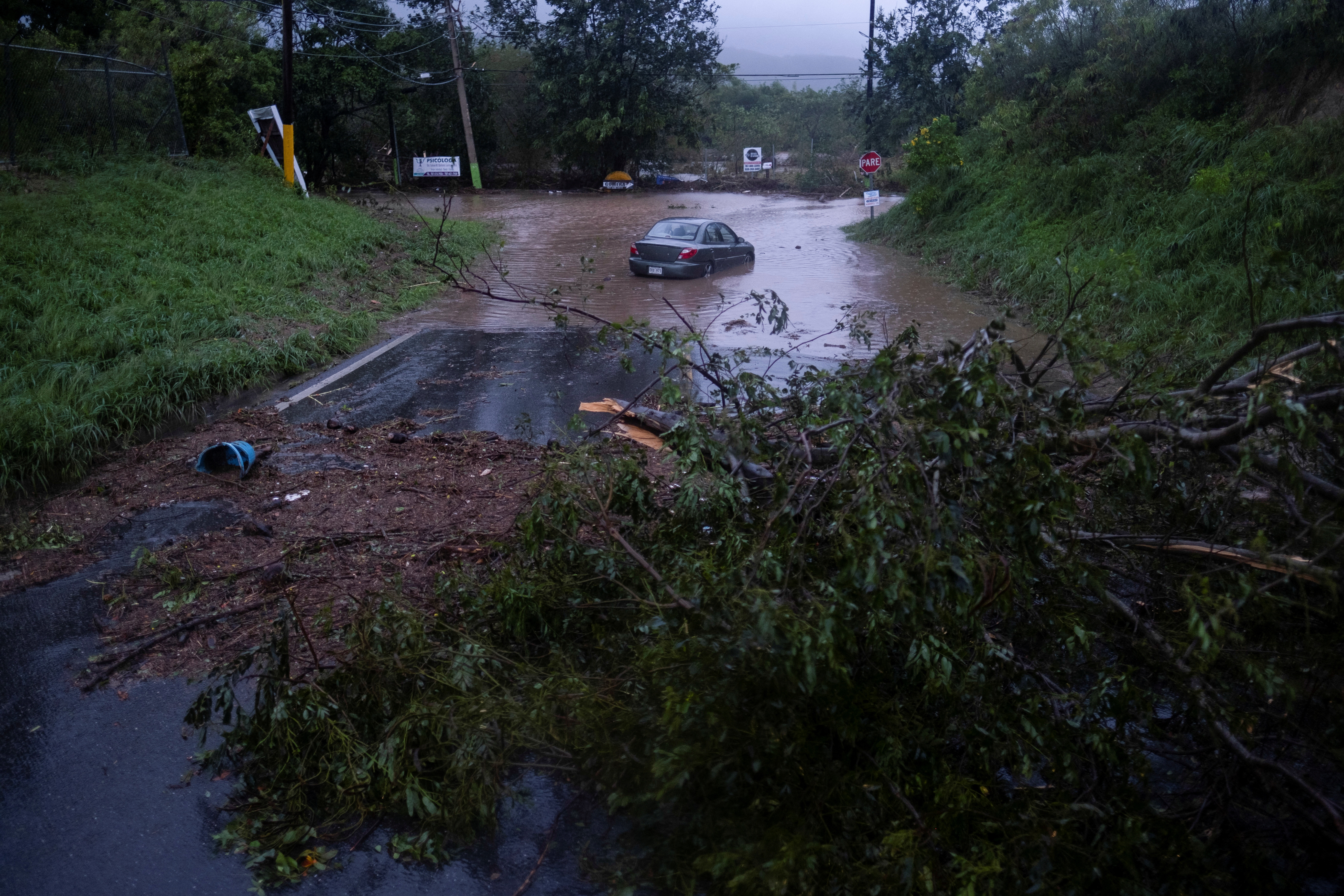 A man walk past an electricity pole that was damaged by Hurricane Fiona in Yauco, Puerto Rico September 18, 2022. REUTERS/Ricardo Arduengo

Several landslides had been reported, officials said. Roads were closed and a highway bridge in Utuado, a town in the center of the island, had been washed away by a flooding river. Puerto Rico’s ports were closed and flights out of the main airport canceled.

Torrential rains and mudslides were also forecast for the Dominican Republic as the storm progresses northwestward, with the Turks and Caicos Islands likely facing tropical storm conditions on Tuesday, the NHC said.

By Sunday night, aid agencies in the Dominican Republic began evacuating residents from high-risk areas in the east of the country. President Luis Abinader, the Dominican leader, postponed a trip to New York to participate in the United Nations General Assembly, while the start of the Dominican school year was pushed back to Wednesday from Monday.

U.S. Energy Secretary Jennifer Granholm said agency officials deployed to Puerto Rico would assist with restoration efforts “as it becomes safe to do so.”

Denise Rios, who lives in the southwestern town of Hormigueros, said she was left without power following strong gusts of wind and rain that began around noon on Sunday.

“Since then it hasn’t stopped,” she said. “It is raining heavily and the wind is blowing hard. I’m calm, but alert.”

Authorities opened more than 100 shelters and closed beaches and casinos.

One death tied to Fiona has been reported so far, in the French Caribbean island of Guadeloupe. Authorities said a man was found dead on Saturday after his house was swept away by floods. France will recognize a state of natural disaster for Guadeloupe, President Emmanuel Macron said on Twitter on Sunday. read more