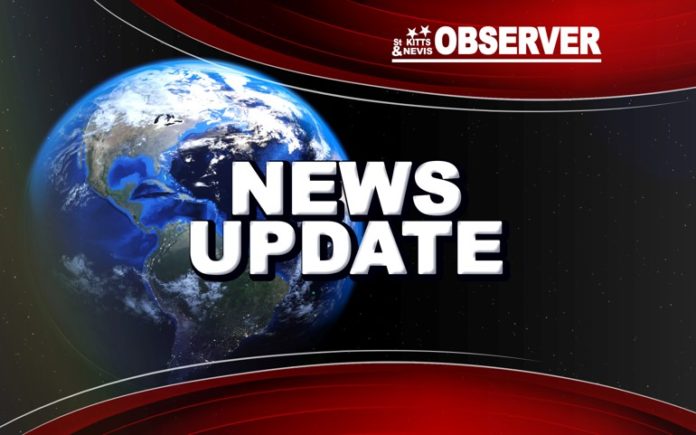 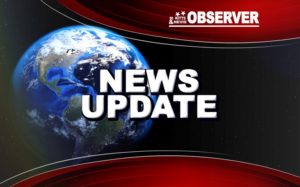 A reporter for the Observer, Loshaun Dixon, told an editor this morning that there were “strong winds [and] rain and a few downed trees, but apparently the worst is yet to come” at 8 a.m. central time, and if the looks of Dominica are any indication, that reporter is unfortunately correct.

According to the New York Times, “the storm had strengthened to Category 5, with maximum sustained winds near 160 m.p.h., hours before the eye passed over Dominica. Just over a day earlier it had been a tropical storm, but wind speeds had increased by 90 m.p.h. within 27 hours, the National Weather Service said. After hitting Dominica, Maria weakened to Category 4 and continued northwest, with the eye of the storm passing south of the French island of Guadeloupe, before regaining strength. Guadeloupe, which avoided the worst of Hurricane Irma, has been a staging ground for the regional aid response to that storm. It has also been a refuge for people from St. Martin, an island that was hit hard by Irma two weeks ago. So the arrival of Maria could compound the difficulties involved in recovering from the disasters” (https://www.nytimes.com).

The National Hurricane Center said in a 11 a.m. AST briefing that “reports from an Air Force Reserve Hurricane Hunter Aircraft indicate that Maria regained Category 5 status shortly after the last advisory [at 9 a.m.], and that it is currently maintaining an intensity near 140 kt with a central pressure near 927 mb.  The eye of Maria has been wobbling quite a bit, but a smoother long-term motion is 300/9.  There is little change to the track forecast reasoning or the forecast track since the previous advisory.  A weak ridge situated over the western Atlantic is expected to steer Maria west-northwestward through 48 hours, and on this track the center of the hurricane is forecast to pass near or over the Virgin Islands and Puerto Rico on Wednesday.  After that time, the western portion of the ridge is forecast to weaken, partially due to the influence of the large circulation of Hurricane Jose off the U.S. east coast.  This pattern should cause Maria to turn northwestward and then north-northwestward by days 4-5.  Maria should remain in a generally favorable environment through 48 h, and based on this and the latest guidance the new intensity forecast keeps Maria at 135-140 kt up to the time of landfall in Puerto Rico. After crossing Puerto Rico, the upper-level winds are expected to become less favorable, and the intensity forecast shows a slow weakening that follows the upper edge of the guidance. A complication to the intensity forecast is that there will likely be fluctuations caused by eyewall replacement cycles superimposed on top of the general trends shown in the official forecast” (http://www.nhc.noaa.gov).

Overnight, as the storm intensified, the Honourable Mark Brantley, who serves as minister of foreign affairs and aviation on St. Kitts and Nevis and deputy premier of Nevis, as well as minister of tourism, health, culture, information, youth and sports, tweeted “5am: #StKitts #Nevis in darkness being pummeled by howling winds and torrential rain. We pray for the morning sun and its revelations.” He also told the BBC that “he was apprehensive about what was going to happen. Imagine the children, imagine the elderly, imagine those who are sick or hospitalised. It is a very, very traumatic experience for most of us. Once it’s happening, the human element is definitely there. There’s a tremendous amount of fear and a tremendous amount of just not knowing.”

The prime minister, the Hon. Dr. Timothy Harris, told the nation Monday to take great care in preparing for this devastating storm and to keep inside until the all-clear signal is given. “I am again appealing to all citizens and residents to heed all weather advisories and precaution tips that are being issued by our MET office and other official sources of hurricane information,” Harris said in a national address. “We also wish to advise ]people] to remain indoors once weather conditions begin to deteriorate. Our security forces will remain on high alert to ensure the safety and security of all citizens and residents. As Hurricane Maria approaches our federation, I implore you not to take our individual and collective safety and security for granted. Do all that is necessary to protect yourself, your families and your properties.”