Nicole was upgraded from a tropical storm to a Category 1 hurricane as it thrashed the Bahamas on Wednesday. It was packing sustained winds of up to 75 mph (120 kph) as it made landfall along the east coast of Florida north of Miami, according to the National Hurricane Center.

The storm slammed ashore around 3 a.m. EST at Vero Beach, about 100 miles from the affluent resort city of Boca Raton.

A hurricane warning was posted for a 240-mile coastal stretch that included the Kennedy Space Center at Cape Canaveral, where NASA’s big, new moon rocket stood exposed to the elements and anchored to its launch pad to ride out the storm. read more

The hurricane center also issued storm-surge advisories for much of Florida’s Atlantic coast, warning that wind-driven waves would wash over beaches and rush inland to flood low-lying areas well beyond the shore.

Storm surges wreaked havoc along the state’s Gulf Coast and its eastern seaboard when Hurricane Ian crashed ashore on Sept. 28 and plowed across the Florida Peninsula to the Atlantic, causing an estimated $60 billion in damage and killing more than 140 people.

Nicole is expected to pack less punch at landfall than Ian, which struck Florida as a major Category 4 storm. Authorities warned, however, that Nicole still posed a formidable threat, especially to structures and coastal foundations weakened by Ian.

“Dozens upon dozens” of oceanside buildings in Volusia County, including high-rise condominiums, have been declared structurally unsafe since Ian, with some now “in imminent danger of collapsing” from further shoreline erosion, Sheriff Mike Chitwood said. 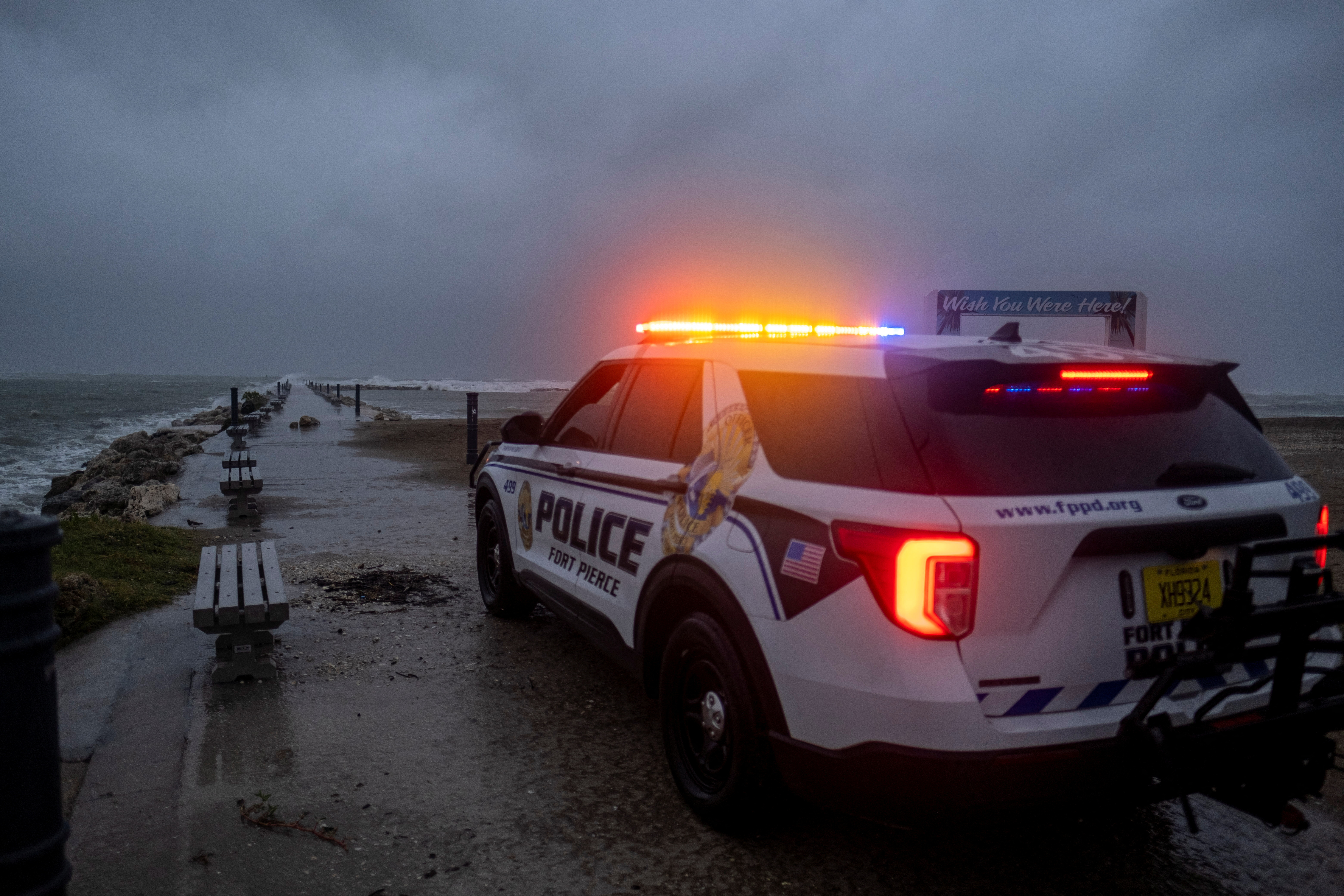 A police car blocks the entrance to the Inlet State Park before the expected arrival of Hurricane Nicole in Fort Pierce, Florida, U.S. November 9, 2022. REUTERS/Ricardo Arduengo

Volusia was one of several coastal counties where officials issued mandatory evacuation orders or advised residents in oceanside communities and barrier islands to seek higher ground.

“This is the last window of opportunity to secure your families and to secure your properties and possibly save some lives,” Chitwood said in a video posted online on Wednesday.

State officials opened 15 emergency shelters across the region, activated 600 National Guard troops and placed 1,600 utility workers on standby to restore power knocked out by the storm.

Even before reaching hurricane strength, the storm unleashed “extensive flooding” across much of the Bahamas, including the islands of Grand Bahama, Eleuthera, Andros and the Abacos, National Emergency Management Agency chief Captain Stephen Russell told a news conference.

The storm was declared a hurricane Wednesday evening as it made its first landfall on Grand Bahama island in the northwestern corner of the Atlantic West Indies archipelago nation.

Nicole was expected to diminish to tropical-storm status once it moves over Florida, then churns north over the next two days through Georgia and into the Carolinas.

While some “storm tourists” in Florida ventured out to glimpse the roiling surf, pose for cyclone “selfies” or capture a video clip of the gathering storm on Wednesday, many spent the day battening down property and stocking up on supplies.

“We have had a lot of flooding within the last couple of storms,” Leanne Hansard, 53, a Daytona Beach resident, said as she was boarding up windows to her family’s insurance office. “Florida is surrounded by water on all sides, so eventually you’re going to have water.”