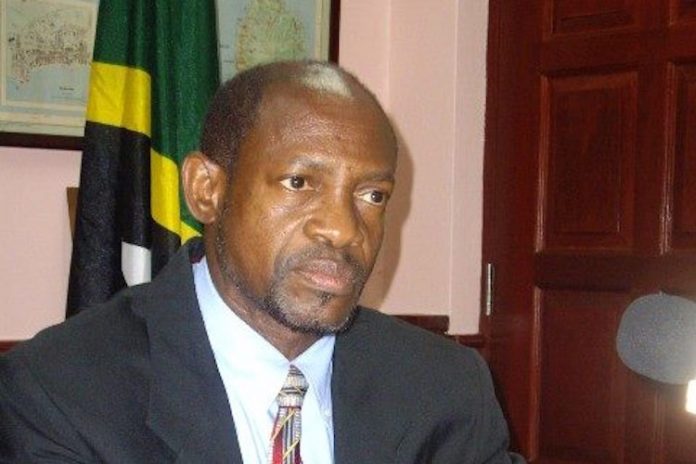 Will he stay or will he go? In the case of Opposition Leader Dr. Denzil Douglas that and the issue of his Dominican diplomatic passport may be decided at a court hearing February 26th.

The Government through Attorney General Vincent Byron filed the matter in the high court last month challenging the validity of Dr. Douglas to remain in Parliament after it has been alleged that he is the holder of a diplomatic passport of another state.

For his part, Dr. Douglas dismisses the action as an attempt to ruin his long political career saying any passports he holds is his strictly his business.

Speaking on the matter last week Prime Minister of St. Kitts and Nevis the Hon. Dr. Timothy Harris noted that it is not a trivial endeavour. “The matter of the possession and use of a Dominican diplomatic passport is before the Court. This is a matter of grave constitutional, political and Parliamentary significance to the Commonwealth family with their rich Westminster model of democracy.

Dr. Harris then referenced recent cases in Jamaica and Australia to attest to the significance of this matter that caused parliamentarians to resign. He said, “The Constitution specifies who can be a member of the Parliament and how membership in the House is invalidated or brought to an end. Dr Douglas then will defend the case as to whether he is in breach of the Constitution at section 28(1)(a) and the National Assembly Elections Act.”

He then stated that Parliament must guard itself against imposters and fraudsters parading as duly elected members.

“In this regard, the question of eligibility of a member to serve in Parliament is a significant matter. Government has asked the Court to make a determination on this matter. I am advised that this matter is slated for hearing on February 26, 2018.

“Elected members of Parliament must serve their constituents and Parliament loyally and faithfully, Dr. Harris stated.

He added that there must not be divided loyalties between duty to constituents and Parliament on one hand, and loyalty to a foreign power. “When such conflict raises its ugly head, the member in question should not wait on the court but automatically to resign.”

Dr. Douglas last week voiced strong opposition to the court action taken by the government describing it as unfortunate and that Prime Minister Dr. Timothy Harris was embarrassed having failed to offer him a diplomatic passport. “I don’t have anything else to say except to emphasize that Dr. Harris has become so embarrassed over the fact that he refused to issue a diplomatic passport to the former Prime Minister of St. Kitts and Nevis in my persons.”

Dr. Douglas also disclosed that he was offered three diplomatic passports from colleagues around the region. “My colleagues, three of them came forward to give me diplomatic privileges through a passport for free…”

Dr. Douglas also refused to say how many passports he owns stating it was his business.