That was revealed in the findings of an assessment carried out by the Washington-based lending agency using the Tax Administration Diagnostic Assessment Tool (TADAT).

The IMF said the Inland Revenue Division’s (IRD) reform needs are substantial. Among the many deficiencies identified were: the unreliable state of the taxpayer registration database; delays in processing of accounting transactions; and weak compliance risk management methodologies that severely hamper IRD operations, limits its capacity to improve taxpayer compliance and generate additional tax revenues.

“While the assessment team observed strengths in the use of third party data to support audits, a well-structured tax dispute resolution process, and a relatively sound tax administration IT system, there are substantial weaknesses that impact all outcome areas,” the (TADAT) performance assessment report stated.

“All these issues impact on the credibility, reliability and ready availability of tax administration data,” the report said.

Given the deficiencies identified, the IMF team said it was unable to assess the true performance situation in a number of areas.

An ‘A’ grade, which denotes performance that meets or exceeds international good practice, was given in two areas: use of efficient collection systems and existence of an independent, workable, and graduated dispute resolution process. 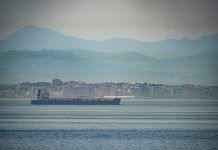