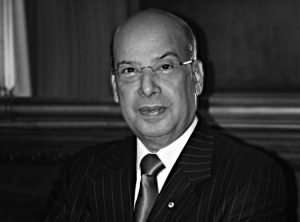 CARICOM should be proud of the success of a Caribbean woman who was at the center of the effort to manage the COVID-19 pandemic in Latin America and the Caribbean.

Dominican born Dr Carissa Etienne, the Director of the Pan American Health Organization (PAHO), deserves the greatest admiration and respect of all the 37 nations of Latin America and the Caribbean that she and her team piloted through the impact of the pandemic.

It was good to see her being praised, at a meeting of the OAS Permanent Council on July 21, by the Secretary-General of the OAS, Luis Almagro, and many delegations that spoke at a special session of the Organization’s Permanent Council.

The meeting was called to discuss the implementation of a resolution on “The Equitable Distribution of COVID-19 Vaccines” that Antigua and Barbuda had drafted and negotiated to adoption in February 2021.   It was not called to focus on the outstanding role of the Director.  But, it was inevitable that she would be singled out, for without the guidance, technical expertise and provision of equipment to 37 countries in Latin America and the Caribbean, COVID-19 would have infected many more than the millions that it has.  It would also have killed more than the hundreds of thousands that it did.

It is not often that the competence of a woman is complemented and even more rare if the woman is black.  But it happened on July 21.

In my own remarks at the meeting, I stated the countries of the Caribbean were greatly aided by the guidance provided by PAHO experts and by the medical equipment the organization supplied.

In truth, the majority of countries in the world were ill-prepared for a pandemic of any kind, let alone one that moved with the swiftness and deadly impact of COVID-19.

The figures, given by Dr Etienne at the meeting underscored the unpreparedness of all our countries. Seventy-five million cases in our hemisphere and 2 million deaths are frightening figures and evidences the fact that our region was one of the worst affected in the world.

While progress has undoubtedly been made in the production of several vaccines that can help to suppress and contain the virus, much of the world, including many countries in Latin America and the Caribbean remain deprived of much needed vaccines.

CARICOM countries and other developing nations ought not to have been placed in the untenable situation in which they have to beg for vaccines to save their people from the deathly coronavirus.

This point was emphasized by the Minister of Foreign Affairs of Antigua and Barbuda, E Paul ‘Chet’ Greene at the meeting. He said, “If this pandemic has taught the world a single salutary lesson, it is that humanity should never again experience conditions in which a few countries use their wealth to purchase almost all the vaccines produced, leaving the majority of nations in dire straits”.

“While we are grateful that countries, such as the United States, are making quantities of their oversupply available to nations in need, the point is that this situation should not have occurred. Nations ought not to have to plead for vaccines to save the lives of their people, or to spare their economies the harmful impact of a pandemic”

Developing countries are forced to beg for vaccines because of two circumstances.   First, a few rich countries purchased more than 70 per cent of the total vaccines produced by the major pharmaceutical companies.  In some cases, these countries bought as much as three times the quantity of vaccines needed to vaccinate all their people.  They left the rest of the world floundering.

Second, while vaccines against this lethal virus and its variants should have been a global good, available to all mankind, it became a commodity to be sold on commercial terms to the largest and richest purchasers, ignoring the needs of many citizens of our one planet.  The pharmaceutical companies left people quite literally dying for vaccines.

Conscious that the populations of Caribbean countries are too small to allow them to bargain effectively for supplies of the vaccines at an affordable price, Dr Etienne and her team at PAHO have again taken up cudgels on behalf of the Caribbean and other deprived countries in Latin America.

Through its Revolving Fund for Access to Vaccines, which can buy in much larger quantities than individual countries, PAHO has engaged various manufacturers, whose COVID-19 vaccines have been approved by the World Health Organization, to negotiate supply, delivery and costs.  PAHO’s success would provide more vaccines on a reliable and predictable basis to Caribbean countries.

PAHO believes that these negotiations are close to completion and vaccines could be available by the last quarter of 2021.

The Caribbean and Latin America owe much to the dedication and resourcefulness of PAHO – and particularly to the black, Caribbean woman at the center of its operations – Dr  Carissa F. Etienne.